Beer Country’s tips for cooking in the Big Green Egg

The Big Green Egg might look like something out of Jurassic Park, but don’t let the prehistoric look fool you. This thing is one of the most impressive outdoor pieces of cooking equipment you could ever hope to own. Like any piece of high end equipment, the Big Green Egg takes a little understanding to get the best out of it. We’ve generously singed some arm hairs in an effort to bring you these top 10 tips for cooking in this beast. 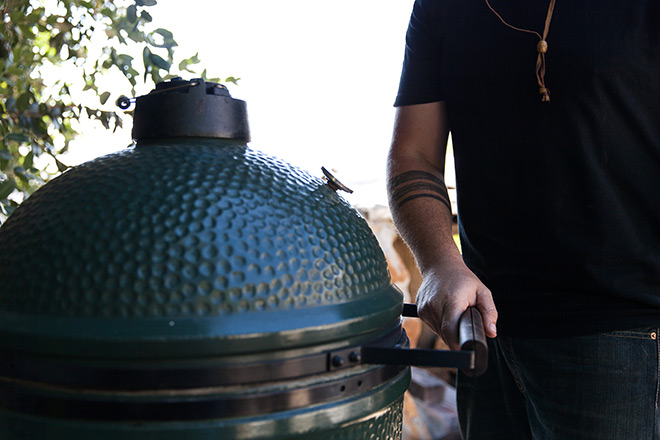 What’s the similarity between golf and the Big Green Egg? If you said it looks a bit like a golf ball then you’re half right. The other half is, that just like golf, if you don’t know what you’re doing with a Big Green Egg, it can make for a long and frustrating day. Cooking with the Big Green Egg is one of those times in life when it really, really, really does pay to read the manual before you start.

Being the confident braai guys that we are, we instead chose to bulldoze ahead and show the Egg who’s boss. I can confidently say that mistakes were made and oh how many there were. Lucky for you, our trial by fire has tempered our will to succeed and led us to this, our top tips for starting out on the Big Green Egg. 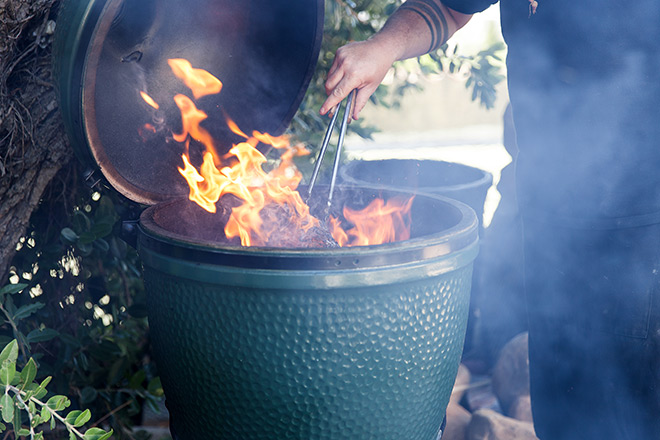 Tips for cooking in the Big Green Egg

1. Forget what you know about braaing. Yes the Egg can be used as a braai but that is a fraction of its capability. The Egg is an indirect smoker, convection oven and braai all in one.

2. Use lump charcoal and never briquettes. The larger the pieces the better. Small pieces burn down quickly and the ash blocks the vent holes in the firebox.

3. Fill the firebox with lump charcoal, it will never go to waste. When you are done cooking just close the vents to extinguish the coal and you will be able to reuse it on your next cooking session.

4. On wood chips for smoking: Once the plate setter and grill are in place, it’s a mission to take them out to add wood chips during the cooking process. Rather layer wood chips into the charcoal when you first put charcoal into the firebox. Add a small layer of charcoal followed by a handful of smoking chips in the centre. Then add another layer of charcoal followed by more chips. The idea is that as the fire slowly burns, the wood will release smoke which will impart flavour into the meat. 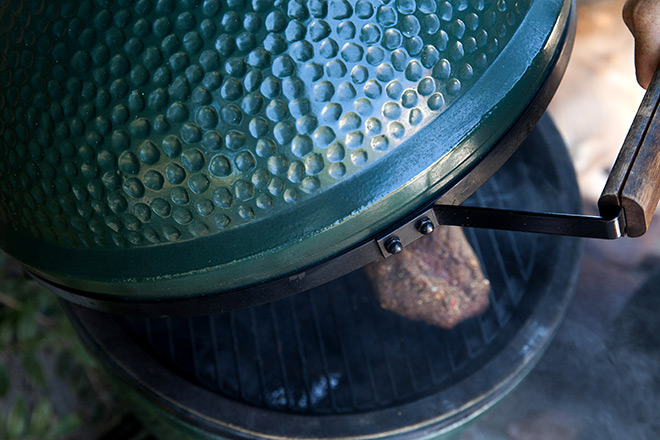 7. Don’t fear the smoke ring. Smoking meat in the Egg will give it a pink colour just beneath the surface. The smoke ring means you did a good job of low and slow smoking the meat. 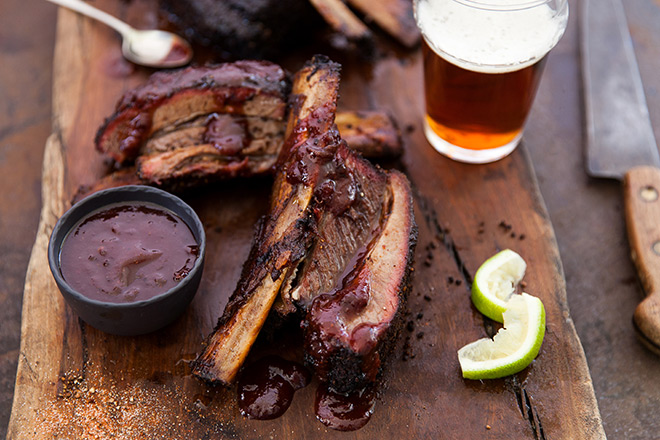 8. Don’t fear the bark. When smoking meat over several hours, the spice rub will turn very dark, or even black. This dark outer layer is called ‘bark’ and it’s crunchy and delicious – not burnt.

9. You need time on your side. If you’re in a rush to eat then don’t bother, unless you plan to do something quick like chicken wings. The key to great BBQ is low and slow cooking, so plan ahead and start early.

10. Read the manual and enjoy the journey of cooking in the Big Green Egg. 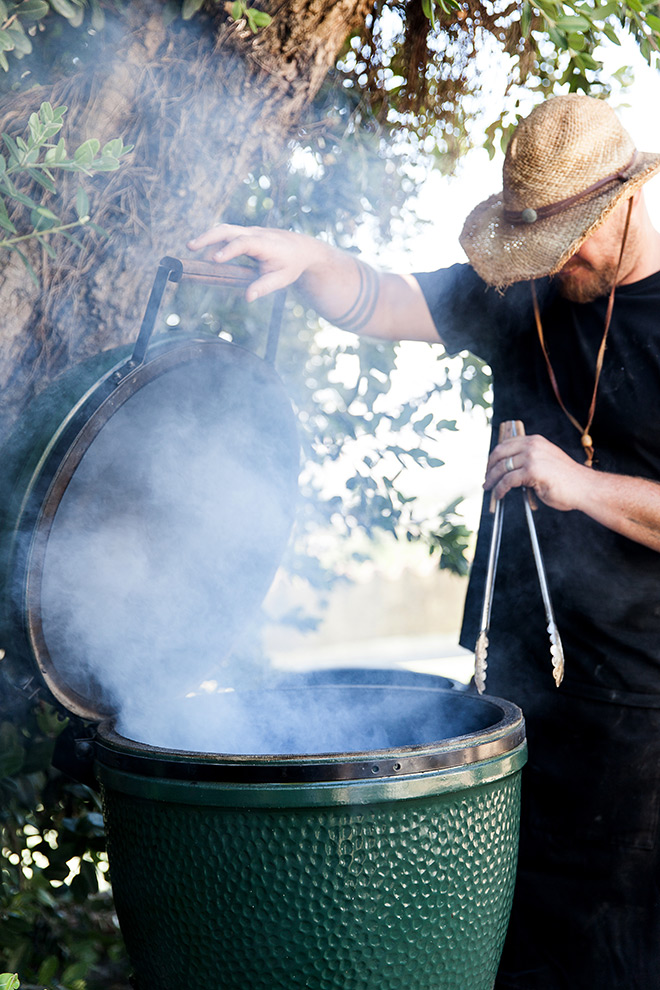