The science behind doughnuts

Let me start by assuring you that making your own doughnuts is one-hundred-and-ten percent worth it. It may take a bit of effort and some patience, but you havenʼt lived until youʼve eaten a fresh doughnut, believe me. 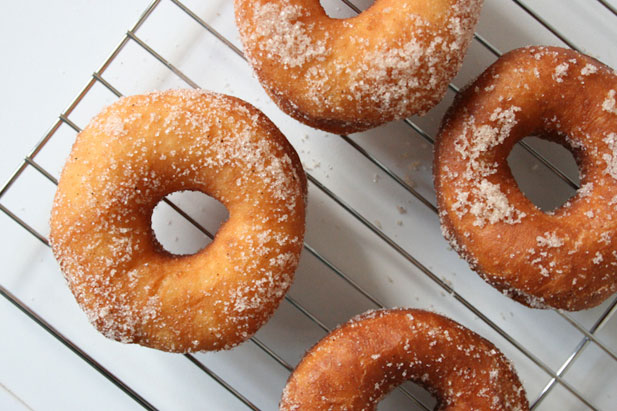 Before we get to the recipe, however, let me share some of the science behind these tasty treats with you. Doughnut recipes are categorized by their leavening agent, dividing them into two groups: cake doughnuts and yeast doughnuts.

Cake doughnuts are made with baking powder, giving them a cake-like texture. We’re going to be making yeast doughnuts today, which use (you guessed it!) yeast instead of baking powder. These may take a little longer to make but they are lighter, ﬂufﬁer and full of ﬂavour. 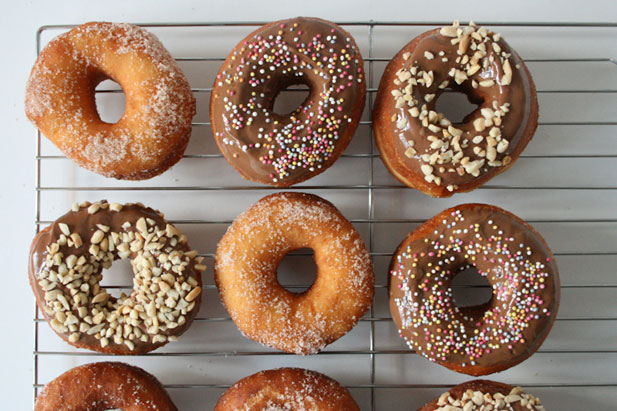 Have you ever wondered how yeast causes baked goods to rise? Yeast is made of living cells. It may not look very alive in the little purple packets we buy, but that is because in dried form the cells are dormant. When we add water to the yeast, we activate it, making the cells come alive. 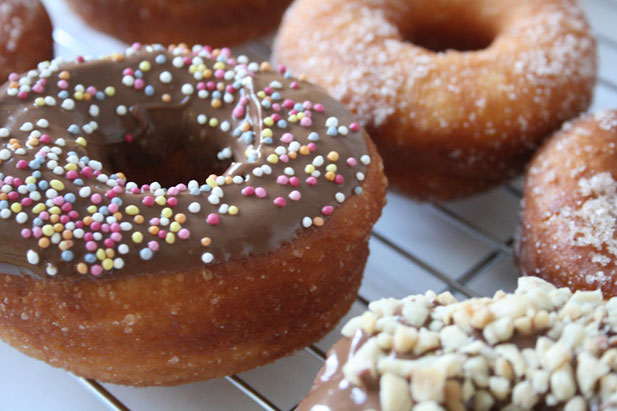 Now, the tiny yeast cells need simple sugars to feed on in order to stay alive, and they get these sugars from breaking down starch, in our case ﬂour. During the course of this breakdown work, the hungry little yeast cells produce carbon dioxide gas, causing the dough to rise. Amazing, right? They also happen to produce a number of other substances, all of which add to the ﬂavour of our dough. Ready to see it in action? Here is what you need.

You will also need:
A thermometer
2cm and 8cm round cutters
A rolling pin

Method:
1. Stir together the yeast and the warm water in a small bowl. (You should see it foaming, proof that your yeast is alive.)
2. Mix the ﬂour, milk, butter, egg, yolk, sugar and salt into a dough. Knead the dough for about 5 minutes, or if you have an electric mixer you can use your dough hook to beat it for 3 minutes on medium-high speed.
3. Cover the bowl with a clean kitchen towel, and leave the dough to rise in a draft-free and warm room until it has doubled in size, about 1.5 hours. Alternatively, you can let it rise in the fridge for 8-12 hours. (During this time, the yeast cells will be hard at work making simple sugars to feast on, and producing our much needed carbon dioxide gas).
4. Roll out the dough so it is about 1.5cm thick. Cut out as many 8cm circles as you can, and then cut a 2cm hole in the center of each of these circles. 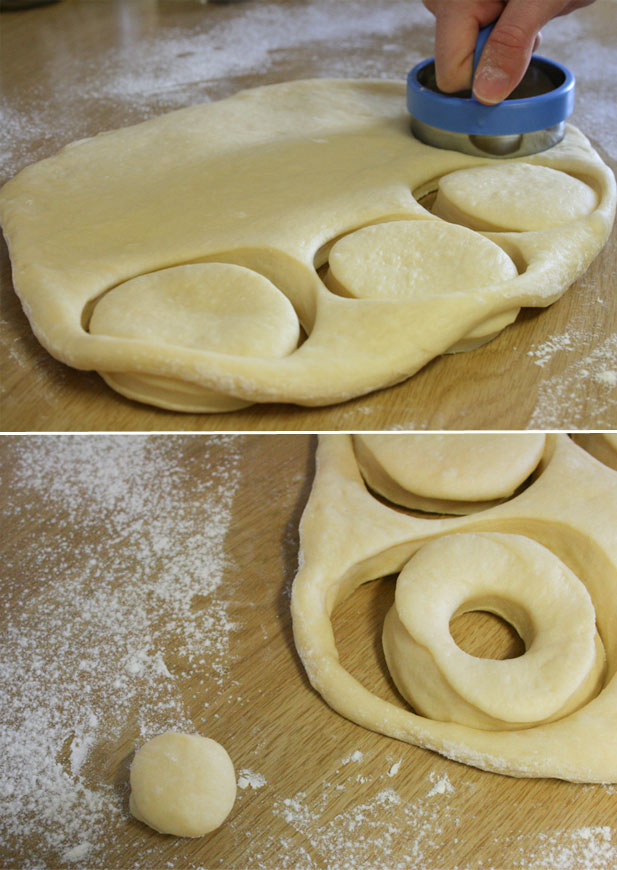 5. Cover the circles with a clean kitchen towel, and leave them (again in a warm room) to rise, for about 20 minutes. Leave for 45 minutes if the dough came out of the fridge.
6. Heat your sunﬂower oil in a large heavy pan to about 180°C, using your thermometer to check the temperature.
7. Fry the doughnuts (and the ‘doughnut holes’ or centers) until they are golden brown, turning them over with a slotted spoon. The doughnuts will puff up as the heat causes the carbon dioxide gas trapped inside them to expand. 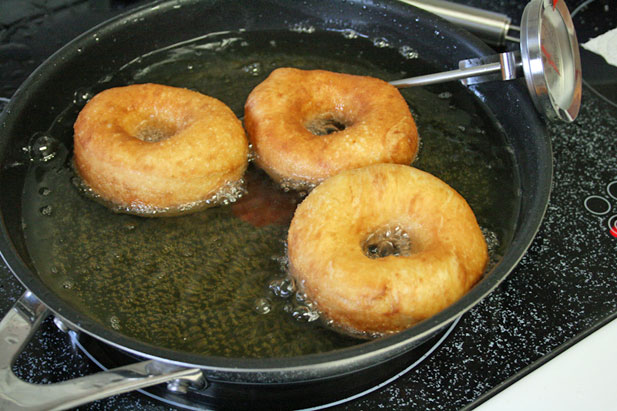 8. Toss them straight into some cinnamon sugar to coat, or transfer to paper towels and glaze with chocolate. 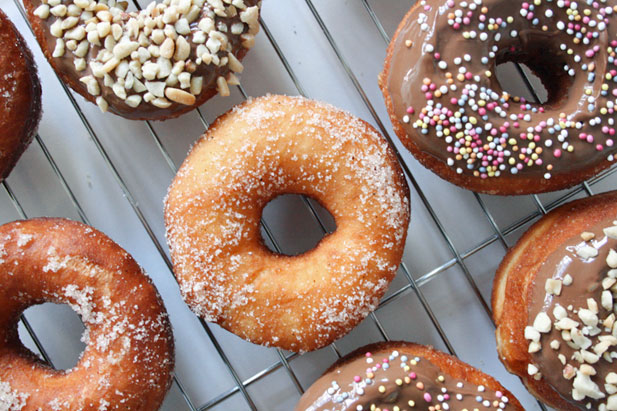 Enjoy your fresh doughnuts! And remember to have a moment of silence for those yeast particles and all the work they did today.