The salt of the earth is actually salt.

Welcome to the next installment of Tremendous Trivia. Today, we look at good old NaCl (salt). 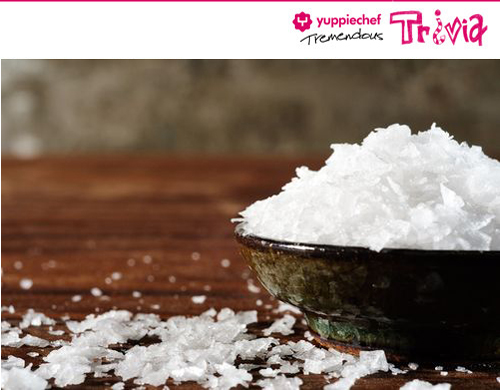 It is widely believed that troops in the early Roman army in 500 BC were paid in salt. That isn’t true, so lots of people out there are believing a lie. But salt does have over 14,000 uses, and is worth pondering for a few moments.

The salt that we eat comes in three forms: unrefined (rocky sea salt), refined (table salt) and iodized (table salt plus iodine because our soil is so poor these days we all have low grade iodine deficiencies).

Salt pans are awesome. Go visit one if you can. Pictured below is Paul – who heads up marketing of Yuppiechef – at Salar de Uyuni, the largest salt plain the world. He looks quite tiny in this shot, but is actually a normal human (he claims). 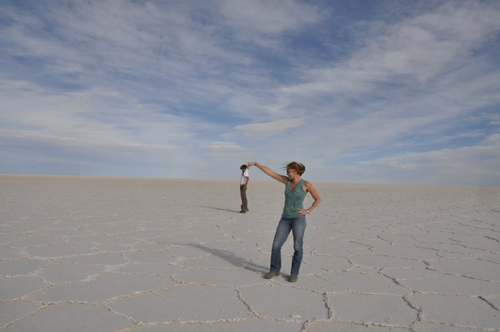 Ranging in colour from white, to pale pink and grey – it is usually obtained from sea water or rock deposits. All known living creatures (so excluding aliens, we don’t know those guys) need chloride and sodium to survive. Both elements are deadly and volatile on their own, but are stabled when combined to form salt. Which basically mean all living creatures should team up and do some kind of acrobatic hoola dance, to thank salt. Because we all need it.

Not too much of it though. You know those people who put salt on their food before they’ve tased it? Are you one? Beware. Not only would you have been classified as a moron by Thomas Edison, eating too much salt causes all kind of health problems including heart disease. Read more about that here (if you dare, salt lovers).

Salt is used for all sorts of strange things around the world, like snow removal. In places where snow falls a lot and it gets hard for humans to get around, salt is shovelled onto sidewalks and roads as it lowers the temperature at which ice melts. Nice. In fact people use salt for all kinds of unexpected things around the house. Like to remove rust from bicycles and stains from piano keys, to kill snails (shame) and sprinkled on orange segments as homemade air freshners. Rad.

For cooking, the quality of salt used really does make a difference. We love Maldon Sea Salt (write that down) which you can get at most big supermarkets in South Africa. It’s so tasty you can eat it like m&m’s.

We don’t sell salt, that’s not what’s going on here (we just love trivia). We do however sell really cool salt grinders – like this one shaped like a white rabbit. It has a black boyfriend, for pepper grinding. 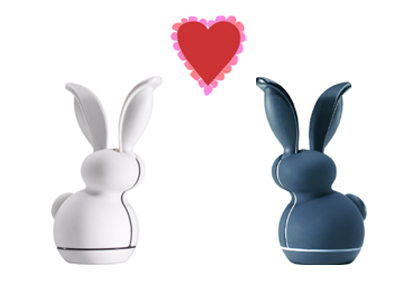