We’re just two blokes who love to cook on the open flame, so when it comes to homemade pizzas, we have pretty high standards. If you’ve ever wondered if it’s worth buying a pizza stone, then read on and discover a land of crispy crusts and melted cheesy goodness as we put the new Yuppiechef Pizza Stone to the test, Beer Country style, in our pizza stone review. 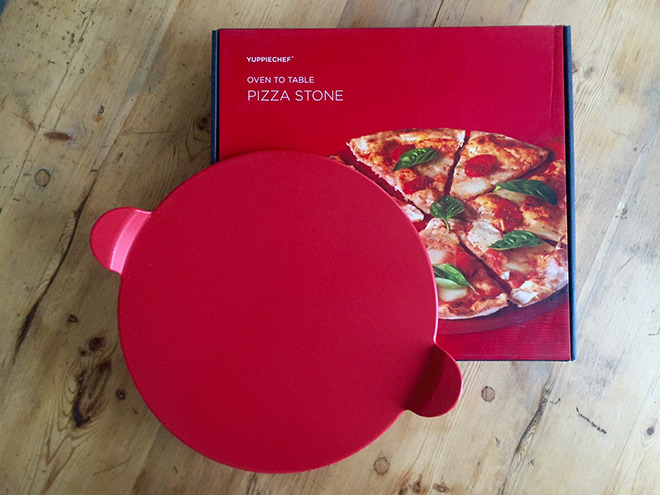 What Karl had to say about it:

I love pizza. Like, I really love it. I think I might actually have honorary Hawaiian citizenship due to the number of pineapple pizzas I’ve eaten. I’ve even got my own pizza stone but as soon as we unwrapped the Yuppiechef one, I was jealous. The stone was glazed ceramic, painted in Ferrari red, and it came with built in handles. Mine is brown, stained and looks more like a Land Rover than a Ferrari.

After a quick instructional read through, we popped it in the oven to heat. As we’d find out a test pizza later, we didn’t give it long enough to pre-heat. Our initial result was an incredible looking pizza on top with a magnificent crusty edge but the underneath wasn’t crispy. Pizza stones are designed to hold intense even heat to give you a crispy crust. After a little more heating we got the crust we were looking for. In total, we knocked out five pizzas relatively quickly, about 10 minutes a pizza. 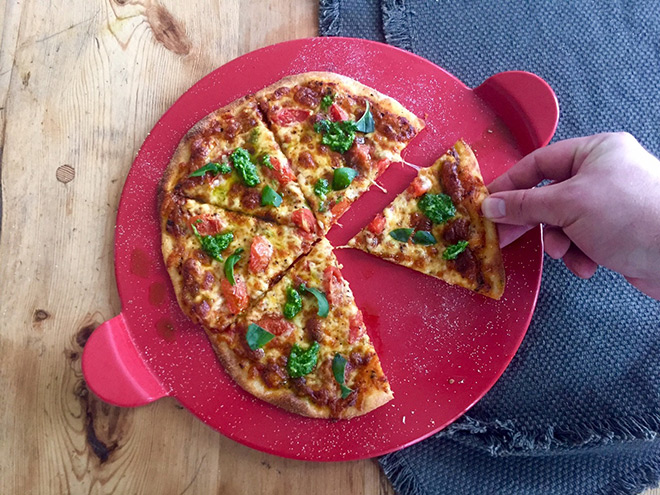 Another cool thing about pizza stones is the little-known secret that they’re good for baking pretty much anything that can be baked.

We whipped up a bunch of shoestring fries which came out crispy on the outside and still soft in the middle. If you love pizza I’d definitely recommend getting a pizza stone. You can use it to cook store bought pizzas, but I’d highly recommend making your own dough and tomato base. It’s super simple and you’ll soon be known as ‘Pizza King Luigi’ amongst your friends.

Greg’s take on how to use the pizza stone

Can a pizza stone be sexy? A week ago I would have said no chance, but times sure have changed. With it’s glossy, red glaze and ceramic handles – this is one sexy pizza stone. It really looks super-slick and as were taking it out the box, call me crazy, it felt like it wanted to get cooking!

There was no fighting it, and in the oven, it went – a cool oven, then things heated up from there. With patience not being our best quality, we started rolling, saucing, cheesing, and topping and before you could say “Bellissima!” our first pizza was in. Fast forward twelve minutes and we had what looked like the best oven pizza we have ever made – with a crispy edge and golden brown cheesy crust.

The victory was short lived though and we soon found out the hard way that a hasty bake does not a crispy crust make. Things got better and better, and hotter from there, and we learnt that when your oven is at temp, your stone is only halfway there. A while later we had found our rhythm and were cranking out some awesome pizzas – which made us very popular when school got out.

I can’t wait to test out a few other baked goodies on our new stone – everything from wraps to rolls, and toasties to chips. And go! 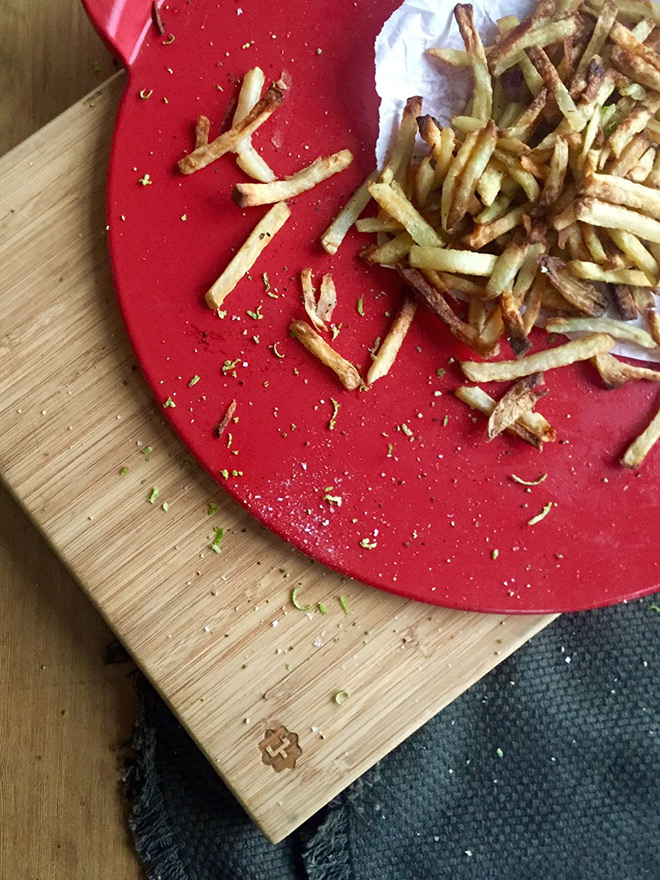 1. Place the stone in a cool oven, then heat the oven to the hottest it can go.
2. Preheat the stone for at least 35-40 minutes – just because the oven has reached temp doesn’t mean the stone has.
3. If your first pizza is not crispy underneath, heat the stone a little longer before continuing.
4. Be careful when handling the stone as it’s super hot.
5. The glazing is non-stick so you don’t need to flour the stone. It also makes cleaning a breeze. 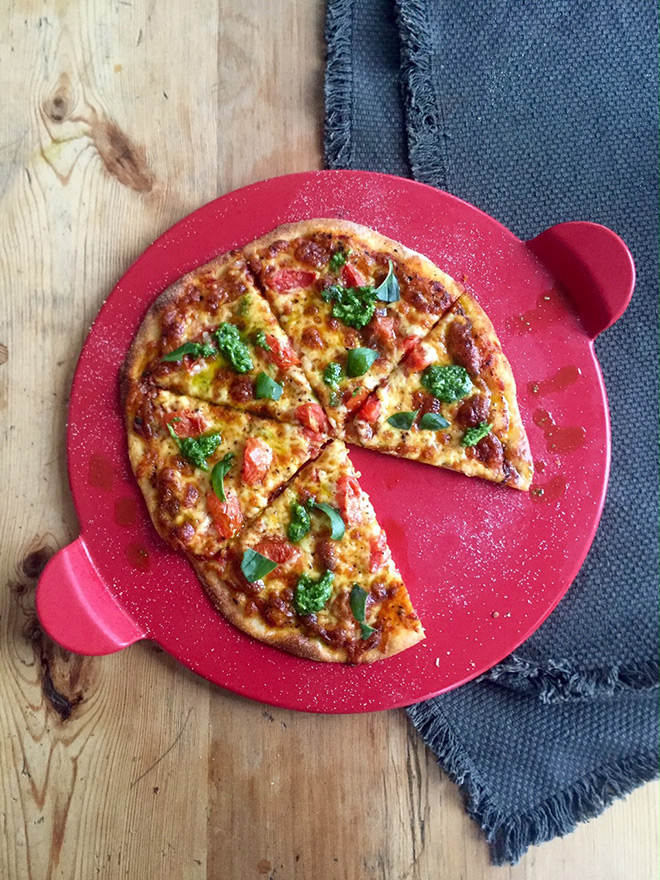 Head this way to check out our new favourite pizza stone.