Ah beer bread. Just the thought of a freshly baked loaf can make many a tummy grumble on command.  Having recently added Barrett’s Ridge Beer Bread to our pantry, we quickly realised that the chosen brew greatly affects the baked bread. Did you know, it also works with soda water? And on that note, ladies and gents, we give you the the beer bread brew test. 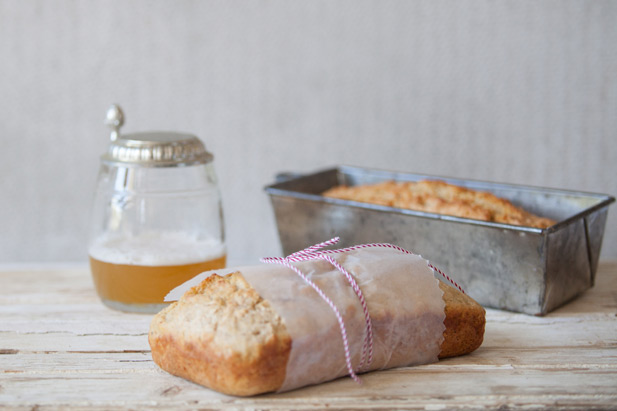 We wanted to learn 2 things from this test. One, how does the plethora of brews available to us today affect the end result of your beer bread and two, which combination lends itself to which ingredient additives? To see the most accurate effects on flavour and colour, we appointed the original beer bread mix as the candidate for this proud task. 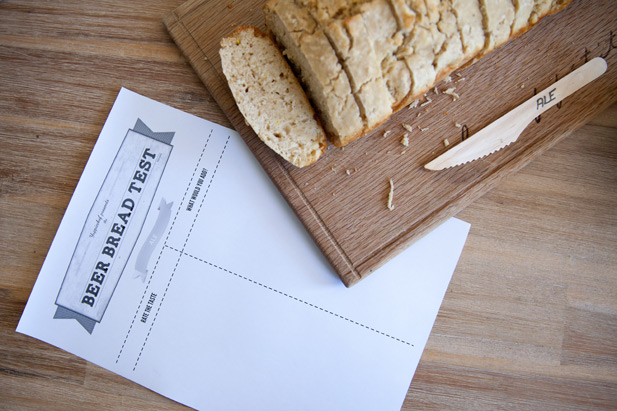 Now, because testing every possible brew would take a lifetime (albeit a rather fun one), we went with your 4 primary types of brew: stout, lager, cider, ale, and one rogue candidate, soda water. 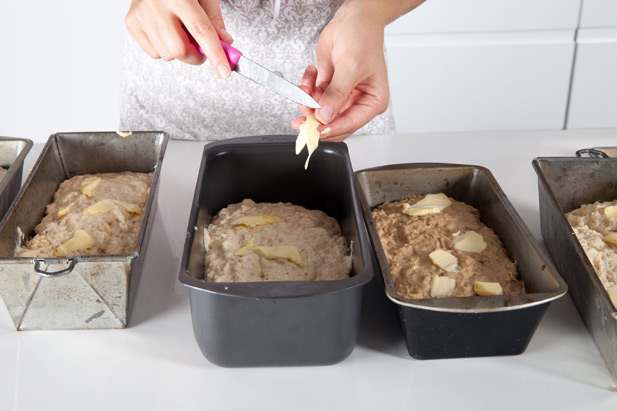 Oven temp firmly fixed at 180ºC, we set about adding beer to bread, our beady eyes keeping tabs of which mix went where.

Even during the baking process, notes were taken. Surprisingly the soda water, containing no yeast, rose the most. The power of bubbles, folks. After all was said and baked we enlisted the help of our much obliged and hungry HQ staff. Here’s the spread. 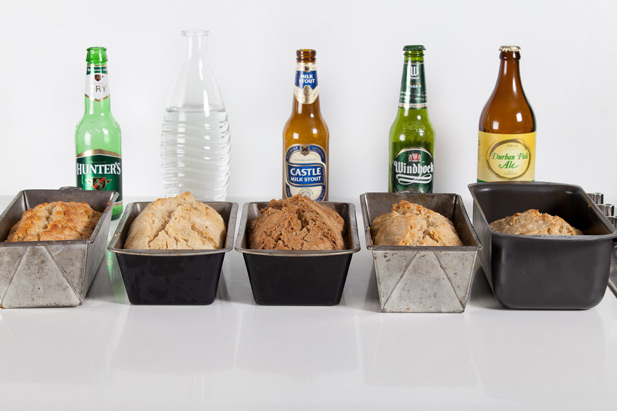 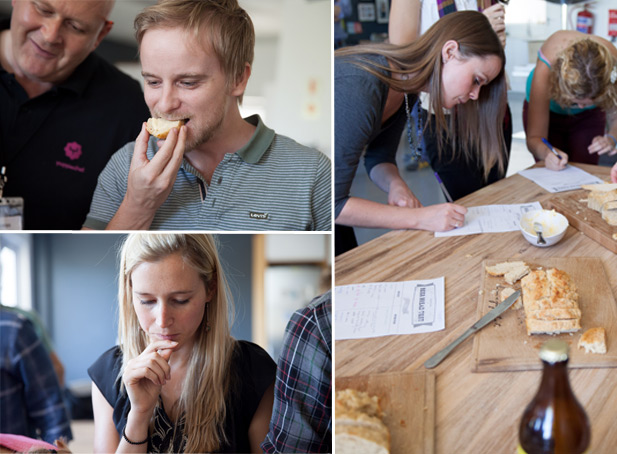 This one was by far the leading champion of the brews, producing a deep, chocolately mix with an interesting balance of salt and sweet. Most of our tasters agreed that adding olives with something like thyme, gherkins and/or a pungent cheese would go down well. For a sweeter alternative, try adding cardamom and raisins or dates and seeds to this dark horse. 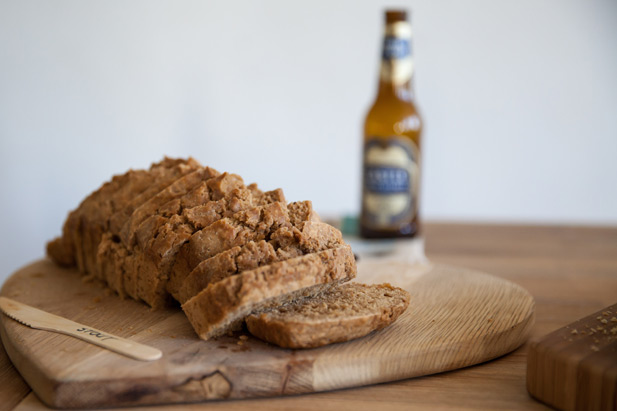 This one was actually surprising since most people drink lagers and thus it stands a higher chance of being added to the bread mix. It was however the least favourite, producing a very salty taste. Everyone was in agreement that adding cubes of cheese would balance the taste or at the very least, serving it with cream cheese to lighten the flavour. 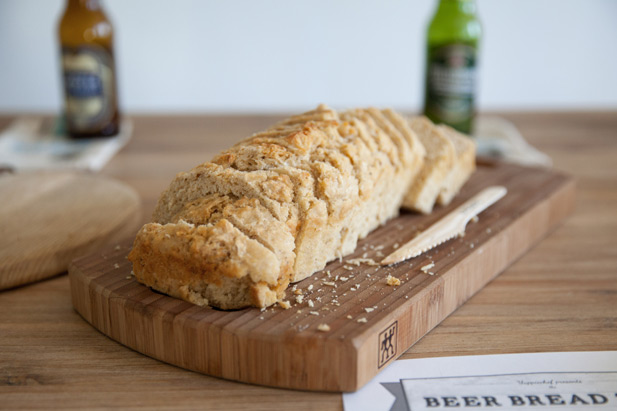 As you can imagine, this beer bread mix resulted in a lightly, golden loaf imbued with sweet apple flavours. Most gave this one a thumbs up reminiscing about the flavours of warm cinnamon buns. Someone suggested adding fennel to enhance the fruity notes, but most thought caramelised onion and feta were winning combos. It would also taste great served with jams. 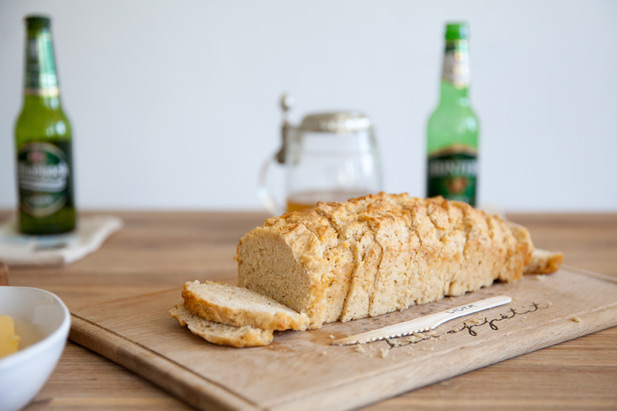 So this one brought the malty beer taste to the foreground  Those who are already fans of the beer taste raved about its homey, earthy taste with distinct traces of honey. A trained tastebud picked up on banana undertones and recommended apricots and coriander. Yum. Most others went with strong flavoured additions like bacon, chorizo or even Saucissons Secs, a French salami. So safe to say, meat and ale then, eh? 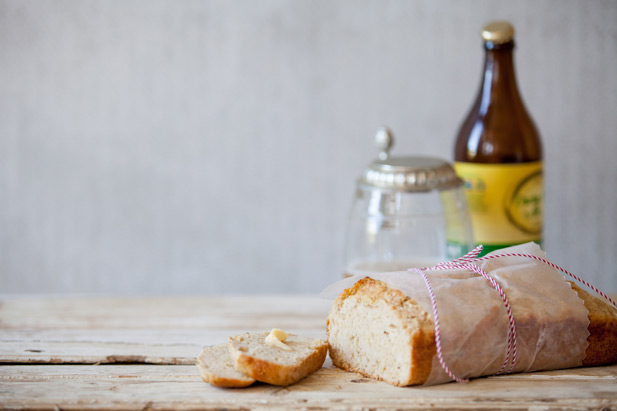 The last mix surprised everyone, having started as the clear underdog in the beer bread test for obvious reasons. The soda water produced a fluffy, very white bread reminiscent of buttermilk sweet bread. Some said it tasted like childhood and some said it tasted like flapjacks but all loved this unadorned plain jane of a loaf describing it as a blank canvas with limitless possibilities, sweet or savoury for soup or for gobbling up with melted butter. Soda bread, anyone? 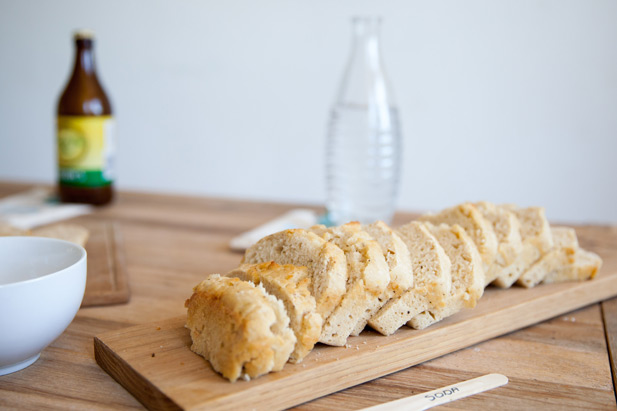 So before baking a beer bread, be sure to blueprint the best brew lest you bake a bread which is bot. Too many b’s? Tell that to the beer bread. 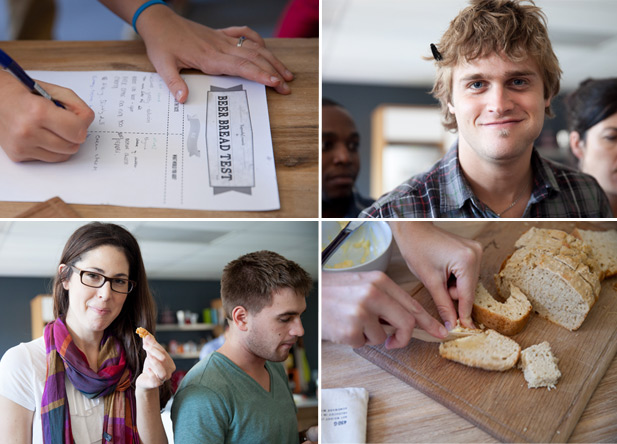 Happy experimenting people and do let us know what your favourite combination is?

Check out the Barrett’s Ridge Beer Bread range on Yuppiechef and if you enjoy a well stocked pantry, Bob’s your uncle.