After the success of Sarah Graham’s first book, Bitten, and her ensuing popular TV series, it’s only natural that a second, equally loved book would be hot on the heels of the first. To celebrate all the things that are in fact the name sake of her new book, Smitten, here’s a dainty recipe for teacup pancakes with an easy pear jam to boot. 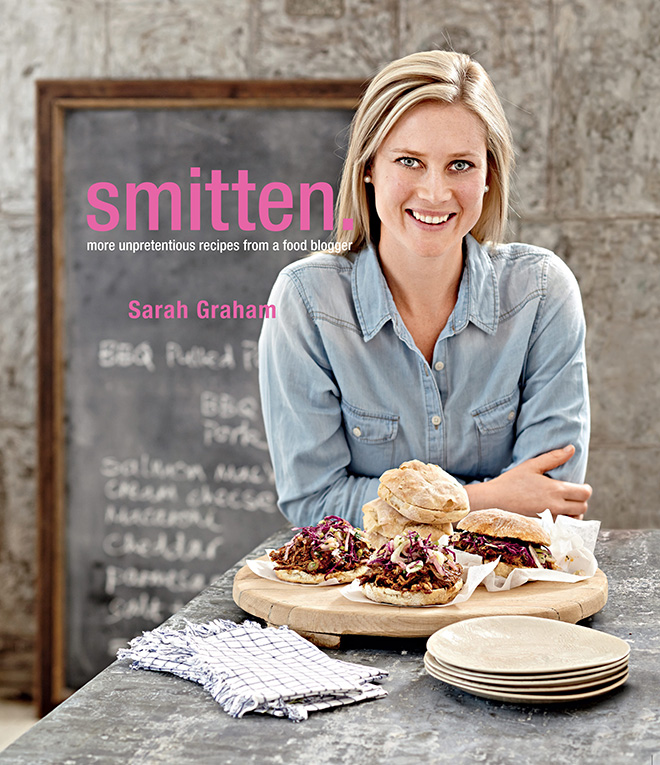 “Firstly, let’s just clarify that these are the fluffy American-style pancakes (which my grandmother adamantly referred to as crumpets), and not the thin French-style crêpes. And why teacup pancakes you ask? Well, because all the measuring is done with one nifty teacup. I like to use my pretty little blue china ones, but you can use any teacup or mug of your choice and everything will scale itself out just so. This is a gloriously simple way of knocking up perfect pancakes every time. And the pear jam? Just a little something special to restore pleasantness to one’s morning disposition. (Anyone who knows me knows that I need all the extra pleasantness I can muster in the mornings!)” – Sarah Graham 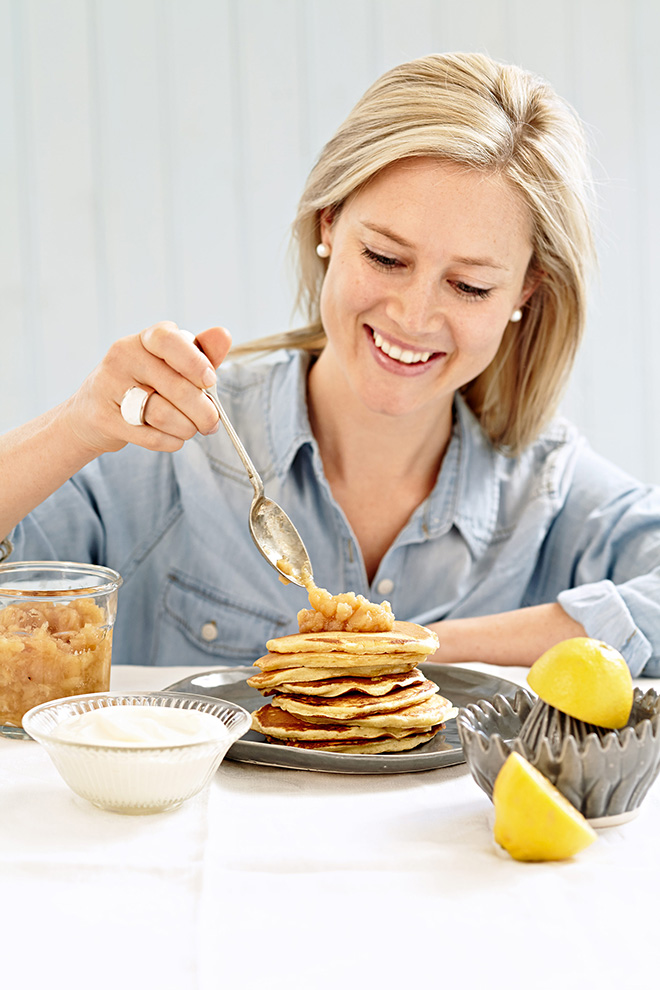 1. Add the pear jam ingredients to a small saucepan and leave to simmer for 15 minutes or until the pears have softened and can be easily mashed. Add a little water if the mixture becomes too dry.
2. Meanwhile, in a mixing bowl, whisk the self-raising flour (to remove lumps and to prevent having to get the sieve out to do so).
3. In a separate bowl, whisk together the milk, sugar and beaten egg, and then pour into the flour and gently mix until combined.
4. Melt ½ Tbsp butter in a frying pan on the stove over medium heat, and then dollop in the mixture, ¼ cup at a time. You should fit 3–4 pancakes in the pan at a time. Cook for 2–3 minutes or until bubbles start to appear on the surface of the pancakes and the bottoms are golden. Flip and cook for a further 2–3 minutes.
5. Remove the pancakes and set aside on a plate lined with paper towel. Wipe the pan clean with another sheet of paper towel and then repeat the cooking process.
6. Serve the pancakes as soon as they are cooked, with the pear jam or bacon marmalade (!) (see page 171), stewed fruit, Greek yoghurt, poached figs, cream … the options are literally endless.

And there you have it, folks. We hope this simple and tasty recipe from Sarah Graham leaves you truly Smitten.