Myth or magic: Does banana help when it comes to spicy food?

We can’t ignore it any longer. Our golden summer days are leaving us for warmer pastures and so too is our bright yellow Myth or Magic trio. For our banana rama finale, we decided to test whether eating this tropical fruit with spicy dishes does indeed cure the burn? 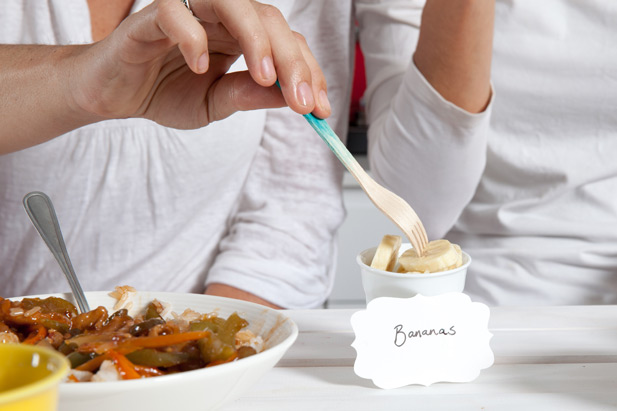 When testing this myth the following things may come in handy: 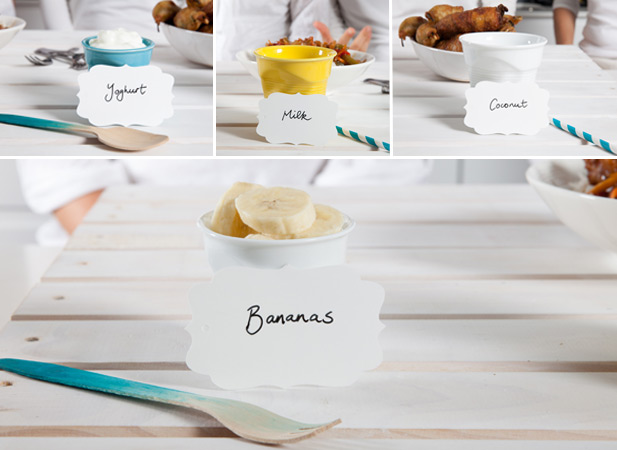 With all the prep work done, there was really little else to do but dig into the burning, hot chow. 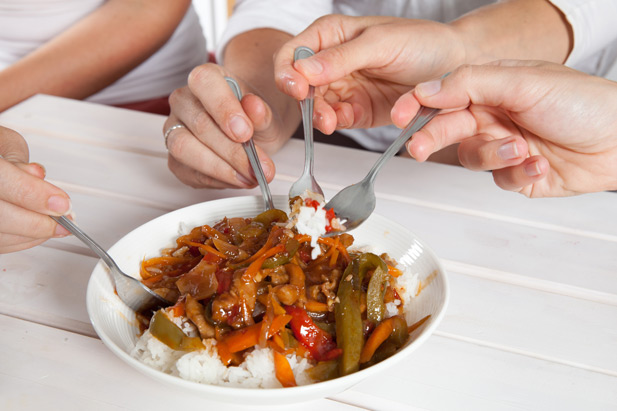 After a couple of seconds of relatively pensive eating the capsaicin molecules started doing the tango on their tongues. Sam and Marina first tried the ‘hyperventilation method’ before reaching for the nearest potential cure. 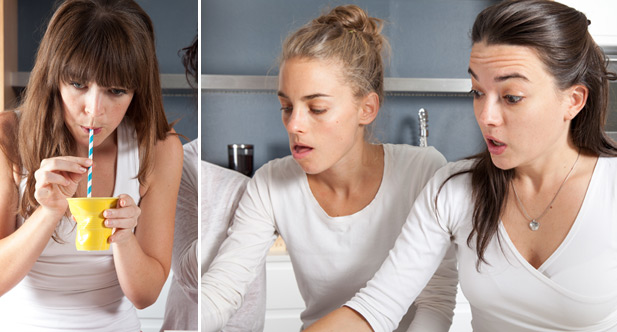 All agreed that the milk served only as a temporary band aid, losing all efficacy once the liquid had been swallowed. It is better than water though, since milk contains casein, which is also said to neutralise the capsaicin. The coconut milk, having a slightly thicker, fattier consistency soothed the burn quite effectively but didn’t taste particularly delicious on its own. Now we know why they add this one directly to the curry sauce. 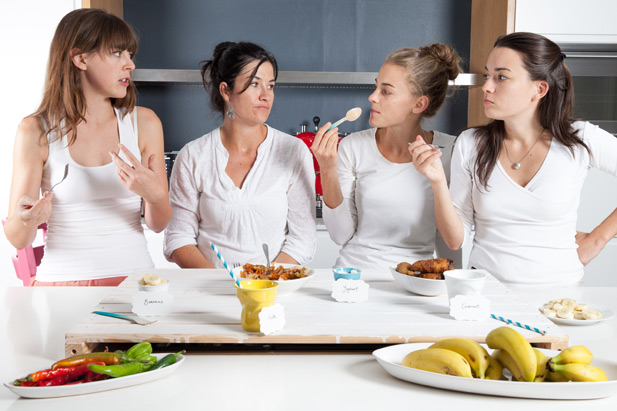 Eating the banana slices in conjunction with the curry and chili poppers provided the nicest taste accompaniment but didn’t seem to ease the food induced fire for long, as Marina quickly discovered. It worked better than the milk though. 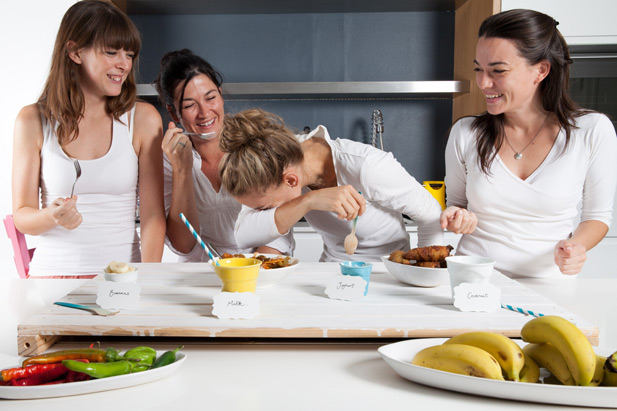 The Greek yoghurt came out tops in the search for a food that would provide instant relief. The thinking being that the thick, creamy texture of the yoghurt contained more fats than the other cure candidates, thus being able to dissolve the spicy agents more effectively. Adding to that the fact that it was colder than the banana and room temperature coconut milk, revealed a clear, all round winner. 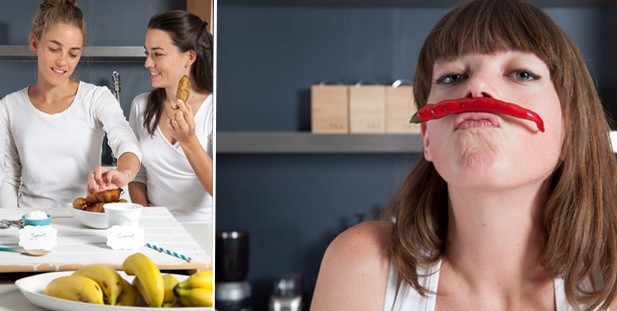 So the next time you opt for Mexican or Thai, consider these handy helpers before you lose all sensation and end up with chilli on your face.

Thanks to Stacey, Louise, Marina and Sam for so bravely volunteering for this hot, hot Myth or Magic. Considering the lunch fiesta enjoyed, we don’t think they minded too much.