How to make cake creatures

At one point or another we’ve all played with our food. We also all believed in fairytales, boogy monsters and Father Christmas. Want to hear the good news? With the new Chef’n 3D Cake Creatures Kit on our shelves, you can continue doing all those things. We got stuck right in making cake filled forms of monsters and men. Here’s how it’s done. 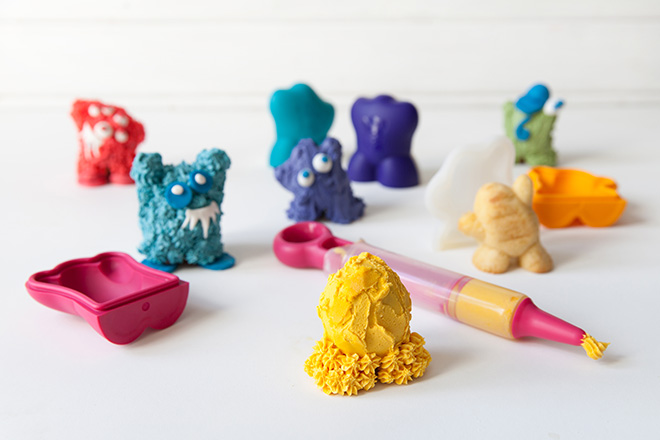 The Chef’n 3D Cake Creatures Kit comes with four creature moulds, each slightly different from his fellows, as well as a filling and decorating pen. Whether you’re making a sweet-tooth friendly army or edible cake toppers, these Chef’n cake creatures pretty much break the baking mould. Just imagine the birthday and festive cakes you could conjure? 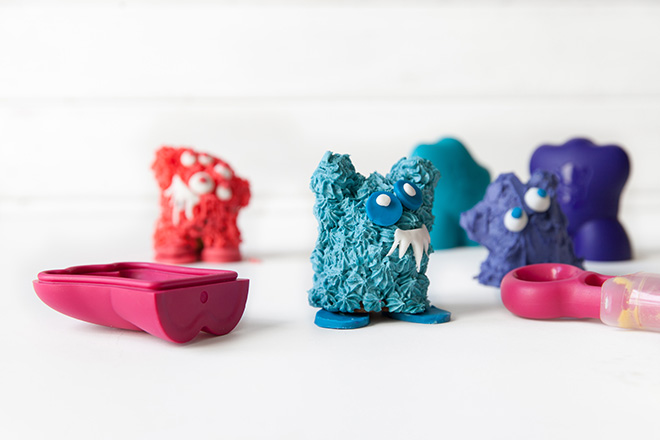 1. Preheat oven to 180°C.
2. Sieve flour, baking powder and salt together and set aside.
3. In another bowl, cream softened butter, sugar and vanilla essence together until fluffy and pale in colour.
4. Add eggs, one at a time, and whisk until well incorporated (mixture may end up looking like it has split or curdled, but don’t worry).
5. Fold in sifted flour mixture alternatively with the milk. Set aside while you prepare your cake creature moulds.

1. Grease both halves of the cake creature moulds, then dust well with flour. 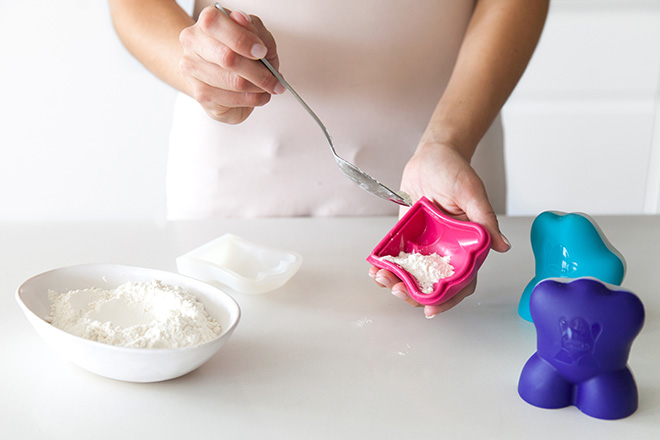 2. Shake off and discard any excess flour.
3. Fill one half of the mould with vanilla cake mixture, then close tightly with the other half. 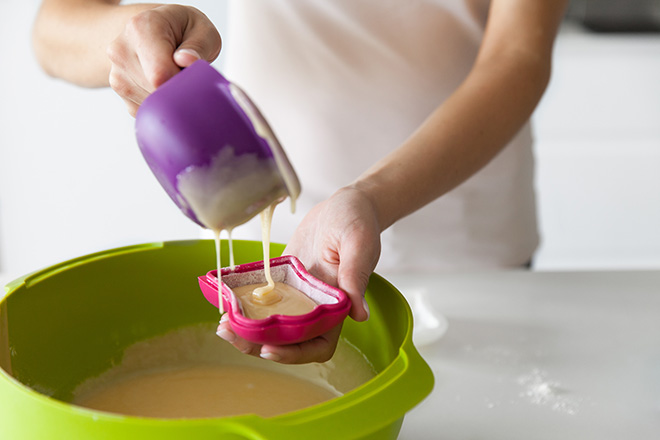 4. Place filled cake creature moulds upright onto a baking tray and bake in oven for about 20–25 minutes or until cake is cooked through.
5. Remove from the oven and allow to cool for at least 5 minutes before gently opening them and tipping the baked cake creature out. 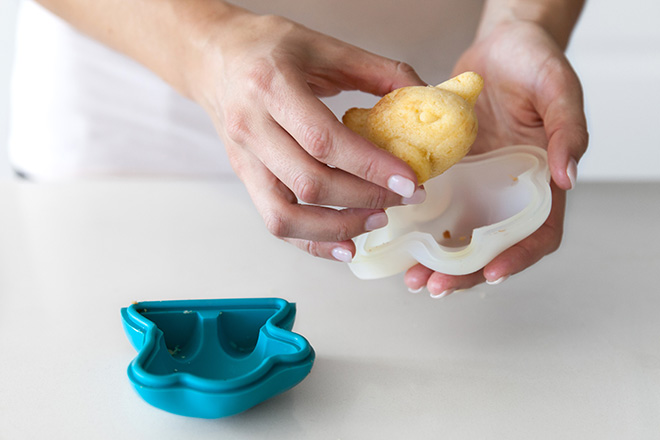 6. Once your cake creatures have cooled completely, let your imagination run wild and decorate by using a variety of coloured butter cream icing. Here’s a recipe for buttercream icing if you’re in need. 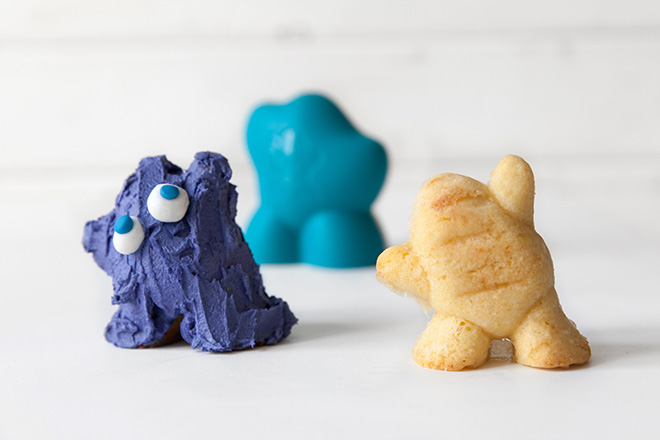 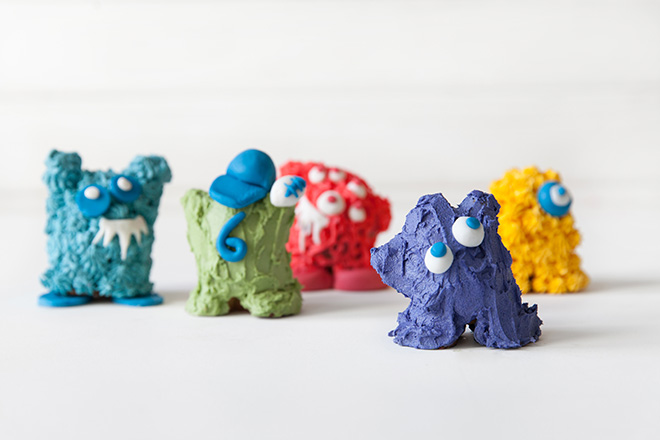 And there you have it, easy peasy, we hope all the batter won’t make you queasy. With the cake baking world as your proverbial oyster, all that’s left is to go forth and imagine.