A good duvet is a thing of warmth, making winter nights a pleasure and summer sleeps an airy dream. Others seem mismatched to their purpose, always either too hot or too cold. So, if you’re in the market for a new duvet (now that staying warm becomes numero uno), don’t get weighed down by all the jargon. We’re here to demystify some of the elements for you when it comes to choosing a wonderful, new duvet worth snuggling up in. 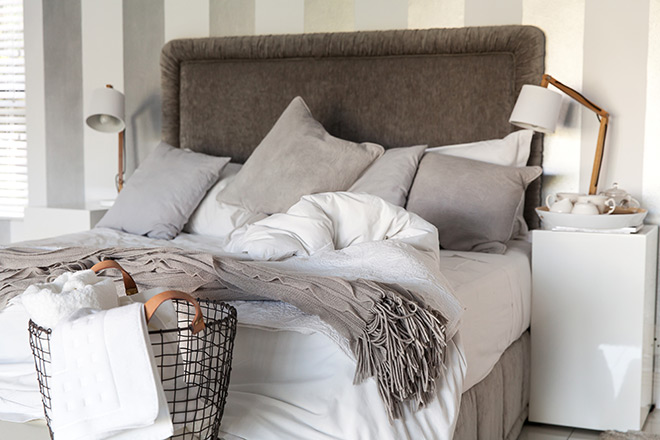 How a duvet actually keeps you warm

It may seem counter intuitive, but air is actually the thing that keeps you warm. Insulation is the act of trapping air between one surface and another, so while you may think that your big, fluffy duvet keeps you warm, the reality is that you keep it warm – it just prevents the heat from escaping.

Remember how granny used to pile extra blankets on the bed in winter? That was to create extra layers of insulation, to help prevent air from escaping. Because they are designed to keep a certain amount of heat in, duvets are a lot better suited to this task than blankets, especially in winter.

What on earth is the “tog”?

Without getting too deep into the science of it all, the “tog” is a term used to describe the thermal resistance of a material, as in the filling per square centimetre of duvet. Scientifically, a tog is 0.1 m2K/W. So, if it’s actually air that keeps you warm, a duvet’s ability to keep air from escaping determines it’s thermal resistance, or tog. Here’s a quick summary: 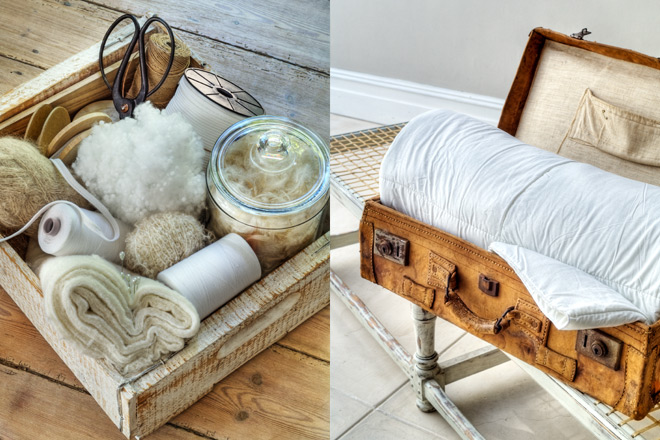 Choosing a filling: natural vs. synthetic

Some of you may remember (with varying degrees of fondness) the feather pillows and duvets of your childhood. These days, natural fillings are made up of either down or feathers or a combination of the two.

What should you know about down?

What then are feather duvets?

Many duvets are a combination of the two, in an effort to reduce the cost and balance the whole experience.

Synthetic fillings, on the other hand, can be either one continuous piece of material (like batting in a quilt or comforter) or a loose fill designed to work the same way that a natural filling would. Cheaper, synthetic duvets are often the former, and can be blanket-like, in that they do not drape naturally over the body, whereas for a slight increase in price, a loose fill synthetic or microfibre duvet will drape just like a natural one would.

Why go with synthetic? 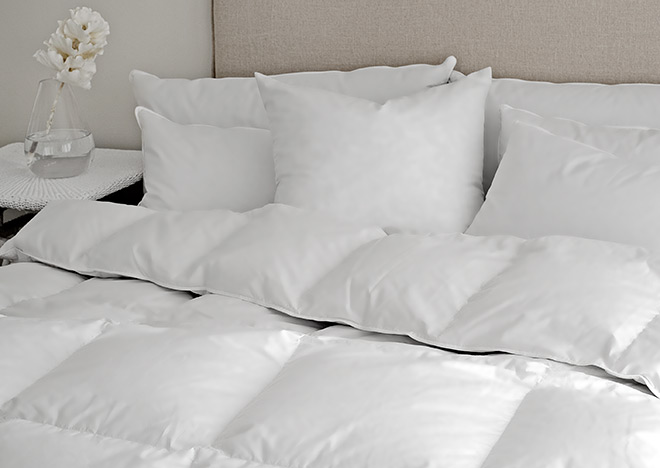 So what are the distinguishing factors between duck or goose?

If you’ve settled on going with natural but can’t decide between duck or goose, here’s what you need to know before choosing. A lot of it comes down to quality and price: 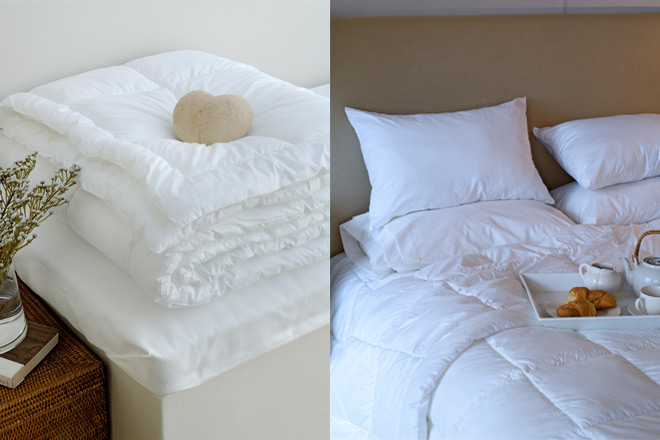 Still not sure what you need?

Here in South Africa, our temperatures vary wildly from summer to winter, so having two duvets isn’t really such a stretch. However, storing an enormous winter duvet can seem a bit extravagant, when really, our winters are not that long. Your best bet is to look at a combination or all-season duvet. Two duvets, a light one for summer and a slightly heavier one for spring/autumn, that can be joined together to form a lovely, warm one for winter. Everything you need in just one duvet, and nothing too enormous to store.

So, there you have it. The ins and outs of duvets – just in time for winter. Now all you have to do is choose a duvet cover set to keep your delightful bed looking as beautiful as it will be to sleep in.