Not many stories that kick off with a 10-month sabbatical around Europe in an airstream caravan have the ability to disappoint. And I guess that’s one of the most wonderful side effects of getting out of your comfort zone – discovering that the universe has intentions for you. This is the story behind how Cape Town based artisan gin distillers Hope on Hopkins came to life and it kicks off during a rainy, London summer. 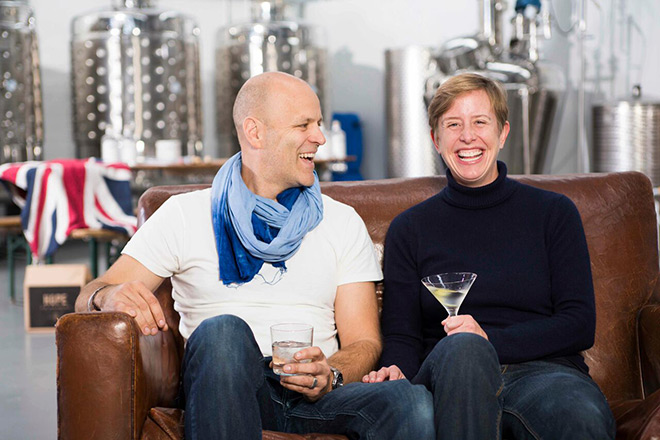 Leigh Lisk and Lucy Beard, both lawyers by training, had been living and working in the UK for a while when the constant grey got the better of them. And heeding the call to travel, they did. But after 10 months spent in the aforementioned van and the freedom that life on the road permitted one, who could blame them for not wanting to return to corporate life? Some serious mulling was needed. And not the kind you do over wine. But a different liquor had left its mark. During their great European gallivant, Lucy and Leigh particularly enjoyed their experiences of the gin bars in Spain, noticing the rise of a trend. “There were gin bars dedicated solely to serving gin and tonics, which were more like cocktails as there was such a huge choice of gins and tonics.  It was there that the seed was planted and we started researching gin and distilling.” 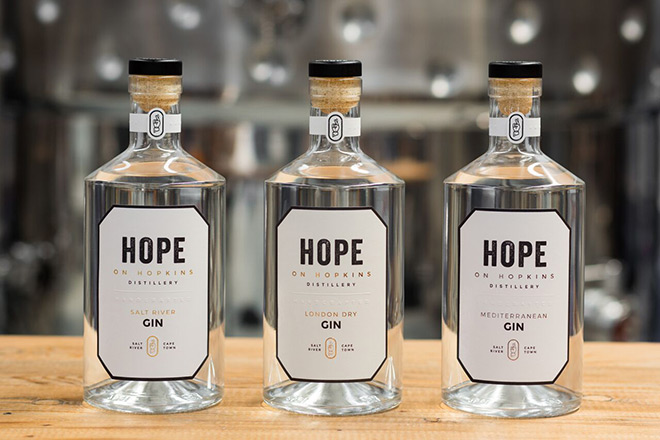 And so Hope on Hopkins was born, a name and brand that carries both a positive association with the Cape, but in truth, Lucy tells us the brand now also carried all their deepest wishes that their endeavours would succeed. ” We hoped like hell it worked, hence also the ‘fingers crossed’ logo!” This business carries their spirit in the truest sense of the phrase –minimalist in look, big on flavour and filled with passion. 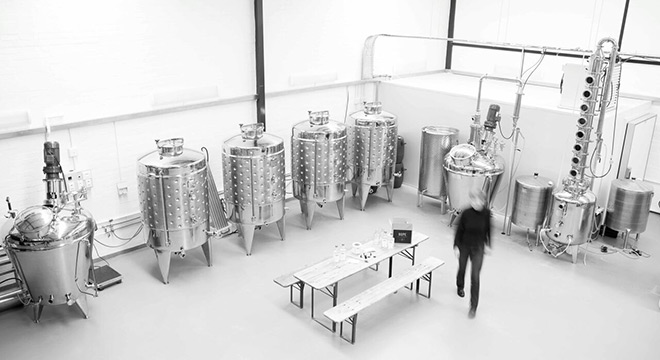 The positive association with the Cape is even evident in their gin ingredients. “Botanicals are about provenance”, a statement in itself sufficient enough to make me want to taste their clear elixir. Hope on Hopkins pride themselves on sourcing the majority of their botanicals from the Western Cape, although they admit to sourcing their juniper berries from the Mediterranean due to the lovely rich oil content from the berries ripened across the pond.

But what keeps an artisan start up like this one running, when neither founder has any kind of scientific background and didn’t know the first thing about fermentation? Again, the puns are rife, “We’re unusual in that we make the most of our own underlying spirit”. And after a lot of trial and error, stories like this also warm your heart with the truth of how far you can get with the help from equally passionate people, in their case, brewers and distillers along the way.

Everything becomes a learning curve. Their gins have only been on the market for just over a year and already the buzz on the street is heaving. Lucy and Leigh tell us its this sheer thirst to be involved in the process from start to finish – from designing the gins, the distilling and bottling, the social media, deliveries and the admin– that sees them flying from the covers each morning to keep the engine running. 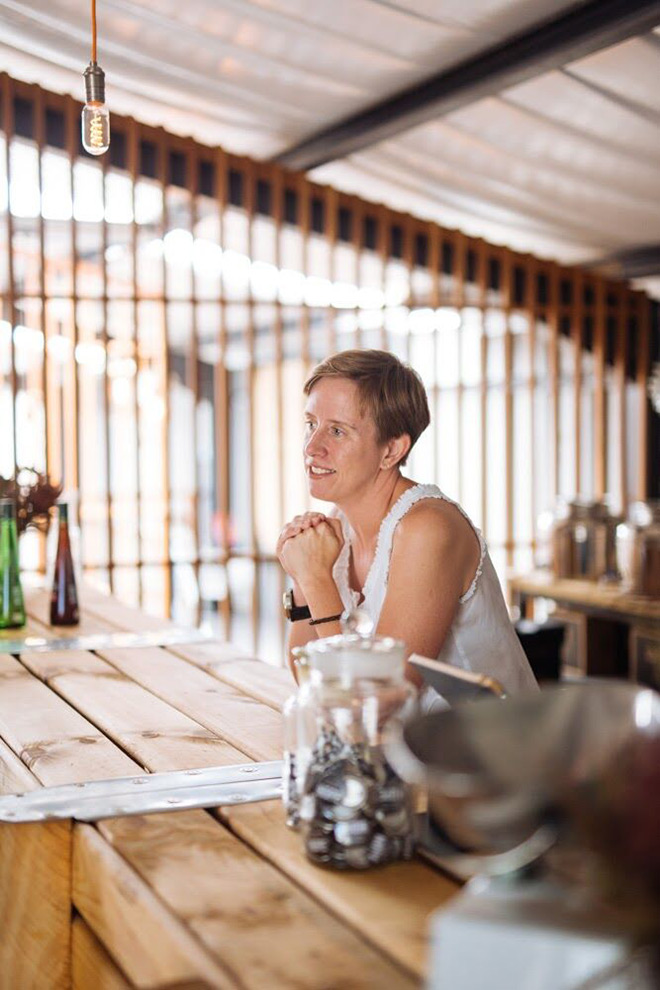 Usually, it’s the bigger companies that experiment with small scale projects, but the Hope on Hopkins team love experimenting and release seasonal limited edition gins from time to time.  These are generally inspired by what’s happening at the time: a pomegranate gin for summer; a gin with cabernet sauvignon grapes infused after the wine harvest and of course, Lucy’s Winter Warmer for winter using sour figs and organic oranges.

In a quippy moment, we asked them to reveal themselves as a headline, you know, just for the fun of it. “Lawyers driven to drink” joked Leigh, but then they also added, “Filling South Africa with Hope”, and we’re firm believers that there can never be too little hope in the world.

Visit this lovely couple at their humble distillery based in Salt River, Cape Town, only a stone’s throw from the Old Biscuit Mill, or enjoy the very fruits of their labour, by supporting this local business and enjoying their artisanal, small batch gin.

Thank you to the rainy London summers for inspiring Leigh and Lucy to head out into the world and find the inspiration that has brought us Hope..on Hopkins that is.

Get a taste of Lucy’s Winter Warmer, available online exclusively through Yuppiechef. 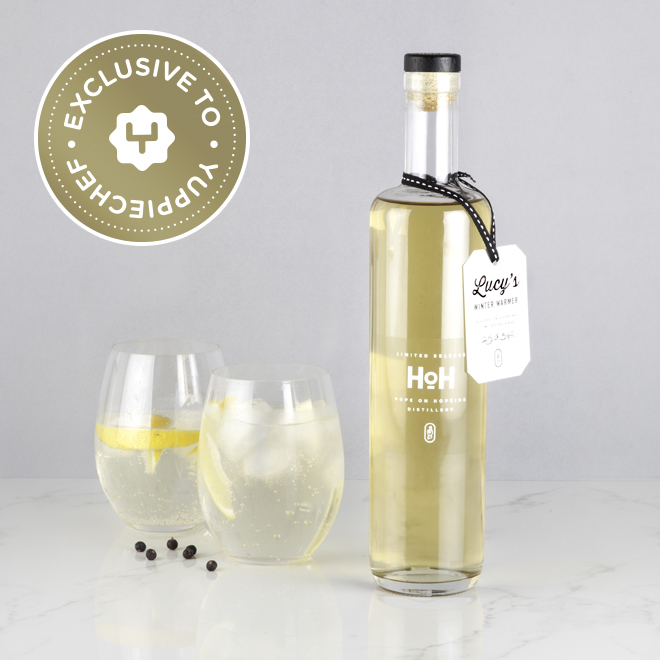