Everything you could know about cooking with chickpea flour

Have you ever tried a new recipe or ingredient and then found it lying forgotten in your cupboard a month or two later? With the best of intentions you buy for a recipe and then want to keep looking for ideas, but life gets in the way of your inspiration and it never happens. That is precisely what we don’t want to happen after you’ve enjoyed making our turmeric pizza with chickpea base. To prevent that, we found some tips and additional uses of chickpea flour to help turn it into a staple in your kitchen. Here are 5 things to know about chickpea flour before cooking with it 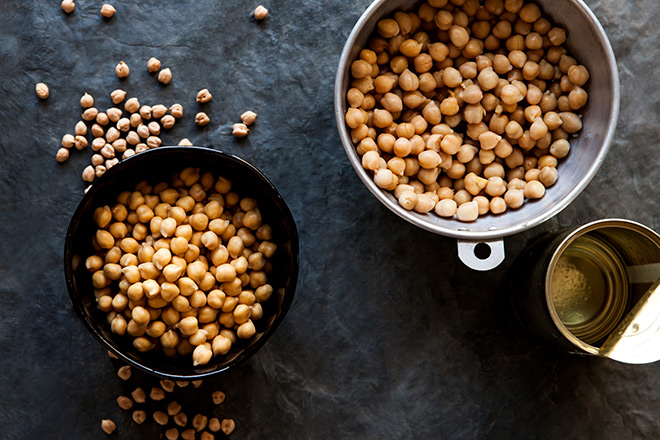 Chickpea flour is a gluten-free powder that is easy to use in both sweet and savoury applications.  The stronger the accompanying flavours in the recipe, the less likely you will taste it. Know its characteristics:

Finding it in the store may not be as simple as looking for chickpea flour. Also look for:

If you still aren’t able to find it, make your own! Grab some dried chickpeas and a spice grinder, like the Krups Oval Coffee Bean & Spice Grinder or even a food processor like the Nutribullet, and only make as much as you need. 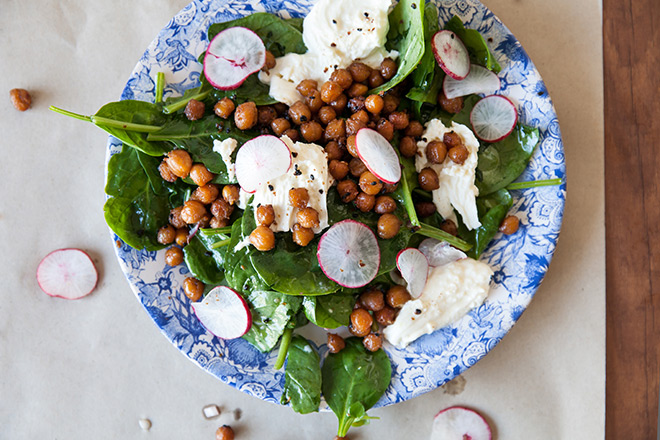 Yotam Ottolenghi describes the use of chickpea flour rather poetically;  ‘Gram flour spreads its comforting embrace’ when added to recipes. This can be in the form of:

Thickener: When used instead of cream, cornflour or wheat flours in soups, sauces and curries, it thickens and helps prevent curdling, especially in warm yoghurt based sauces.

Gluten free baking flour: It works well in dense cakes, biscuits, tray bakes like brownies and quick unleavened breads. If the recipe requires a lighter crumb, combine the chickpea flour with another gluten free flour like rice or potato flour.

Egg replacer / Binding agent: Chickpea flour is very absorbent and can be used successfully as an egg replacer in vegan cooking or when avoiding eggs for allergy sufferers. When mixed with equal quantities of water, it can be used to replace eggs in a recipe, much like chia seeds and flaxseed.

Alternatively add the ¼ cup chickpea flour to the dry ingredients and add an additional 1/4 cup of the wet ingredient in the recipe.

Batter or crumb coating: Mix together with seasoning and enough beer or sparkling water to make a thin batter that just coats the spoon for a crispy, tempura-style batter. It can also be made into a crumb for pork chops or lamb racks, much like polenta or semolina. 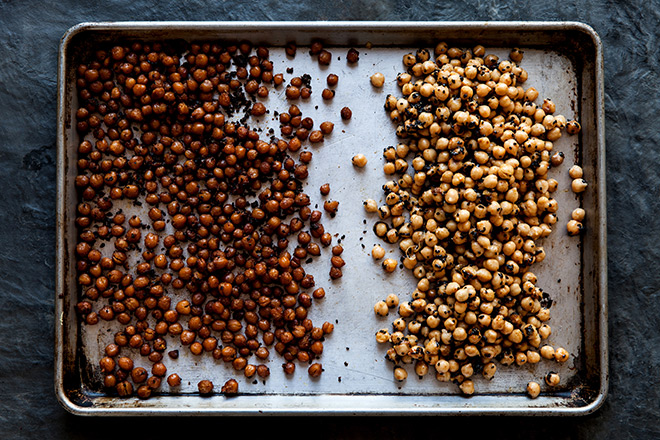 Chickpea flour is naturally gluten-free, high in protein, iron and fibre, as well as containing a wide array of vitamins, minerals and antioxidants. As wheat- and gluten-free diets are becoming more commonplace and popular, this ingredient is a natural choice to include. In short, it has been found that adding chickpea flour into your diet helps:

While more commonly associated with Indian cooking, this ingredient has long been used in Mediterranean cuisine, Burmese and Middle Eastern cooking.

There are a wide variety of recipes that call for chickpea flour, have a go at: 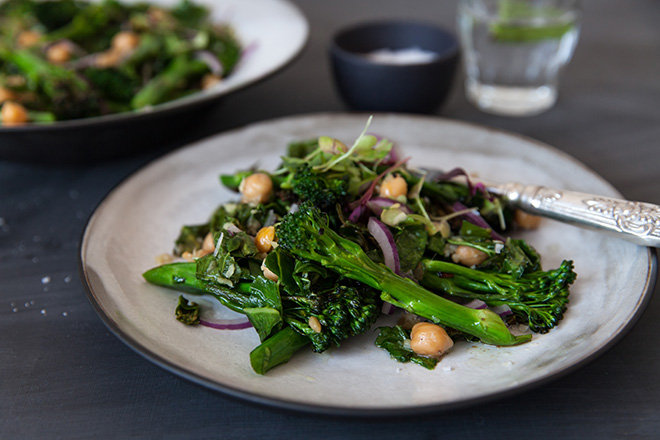 We have already dabbled with the use of this flour – have a look at how to make an awesome pizza with a chickpea flour crust.

While not a new ingredient in the pantry, we do think chickpea flour hasn’t been given the spotlight it deserves. Further quoting Ottolenghi, “The range of ingredients available to home cooks has expanded dramatically” and we hope this one further ingredient helps inspire so much more in your kitchen.

Sign up to our newsletters for more helpful articles on how to make the most of your kitchen.