How to make cinnamon buns

Whether you call it a bun, a roll, a swirl or a snail, we can thank the Swiss for these spice scented bundles. To celebrate the genius that is the AB Cinnamon Syrup, we whipped up cinnamon buns aplenty. Here’s how. 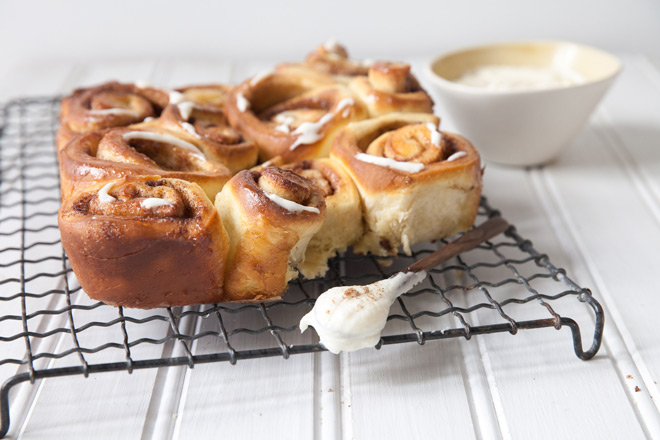 1⁄2 cup soft butter, plus more for the pan
1⁄2 cup cinnamon syrup, plus extra (we used AB Cinnamon Syrup). If you don’t have the syrup, you can use ¾ cup sugar and 2 Tbsp ground cinnamon.
3⁄4 cup raisins, walnuts or pecans, optional

1. In a small bowl, dissolve the yeast in warm water and set aside. In a large bowl mix the milk, sugar, melted butter, salt and egg.
2. Add 2 cups of flour and mix until smooth. Add the yeast mixture. Mix in the remaining flour until the dough is easy to handle. Knead the dough on a lightly floured surface for 5 to 10 minutes. Place in a well-greased bowl, cover and allow to rise until double in size, usually for about an hour to an hour and a half.
3. Then heat the oven to 180°C.
4. Once doubled in size, punch down the dough. Roll out on a floured surface into a 40cm by 22cm rectangle. Spread softened butter all over the dough. Top with cinnamon syrup. 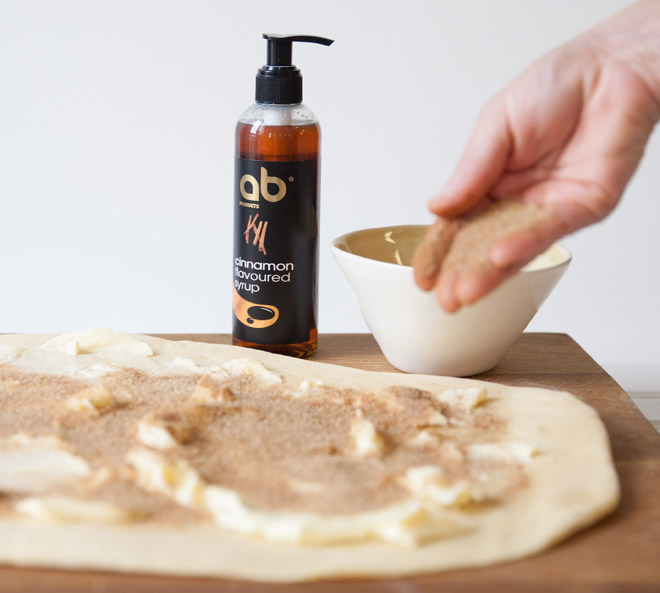 5. Sprinkle with walnuts, pecans or raisins, if desired. Begin at the 40cm side and roll up the dough. Pinch the edges together to seal. Cut into slices.
6. Coat the bottom of a baking pan with butter. Place the cinnamon roll slices close together in the pan and let them rise until the dough has doubled again, this will take about 45 minutes.
7. Bake for about 30 minutes or until nicely browned. Remove from the oven and brush with extra cinnamon syrup to add an extra glow. 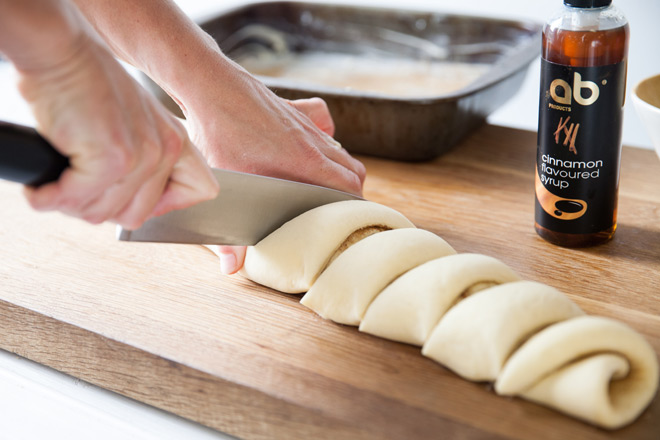 8. Meanwhile, mix butter, icing sugar and vanilla together. Add 1 tablespoon of hot water at a time until the glaze reaches the desired consistency. Spread over slightly cooled rolls and enjoy. 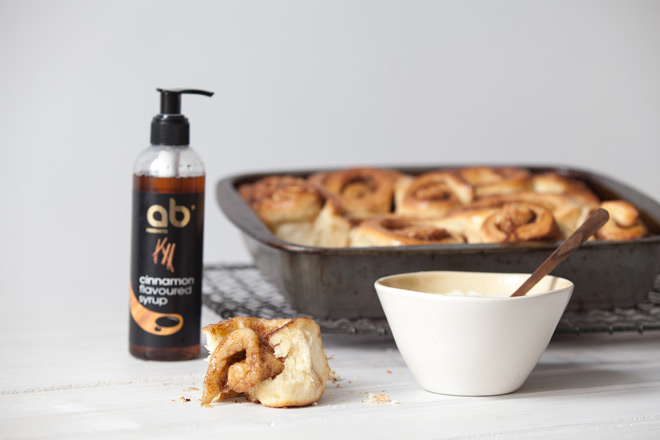 Make sure you invite over a whole bunch of hungry mates and brew a big pot of tea because consuming the entire pan, albeit a pity, is very much possible. They’re that yum. If you have a shred of self discipline and intend on stowing them away like a clever squirrel, do keep them airtight as they dry out quite quickly.