Buchu: it’s good for you.

Bu-what? Boegoe (said like a baboon grunt). Or Bucco, Bugu or Bookoo, depending on which of the many spellings for this small South African shrub takes your fancy. The proper plant name is Agathosma betulina, but that’s kind of hectic, so we’ll stick with Buchu. It’s native to the Western Cape, smells like minty blackcurrants and is so good for humans we think everyone should know about it. Most common use? For tea. 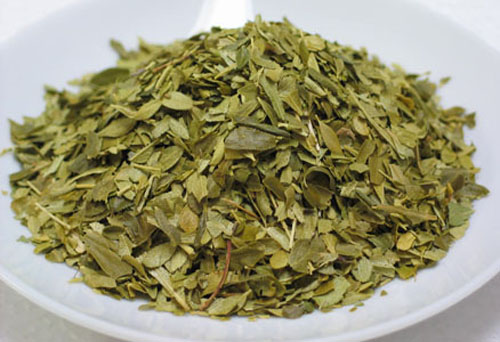 A bit of history – the Khoi-Khoi and San people used to chew Buchu leaves for it’s medicinal properties way back when. They also used it as insect repellant and deoderant. Step aside Axe and Shield. They introduced it to the first Dutch colonists when they arrived at the Cape of Good Hope in 1652, and it was registered as a remedy for several mild illnesses at a London drug firm in 1821.

People like German botanist, Carl Ludwig Willdenow, did a whole lot of research on Buchu, and the world gradually realised it’s fantasticness. It was even used in the Crimean and Second World wars as a powerful antispectic.

What’s even more interesting is that it’s unique to South Africa’s Cape Floral Kingdom. There are six defined floral Kingdoms in the world and the Cape’s is the smallest and richest. We’ve got a whopping 1300 unique plant species per 10,000km2 – the highest concentration in the world. Our closest rival is the South American Rain Forest with a measly 400 per 10,000km2. Ahem, viva.

Here at Yuppiechef HQ we took delivery of three packets of loose Buchu leaves this morning, which we plan to try as an alternative to rooibos. We read up about how to brew the leaves correctly, and were advised to “only use the herbal material if 100% certain it is the herb in question”. Yes, thanks. We’re sure, and are looking forward to many cups of delicious and nutritious 100% pure Buchu tea.  Pictured below is Spatchit, getting stuck in. 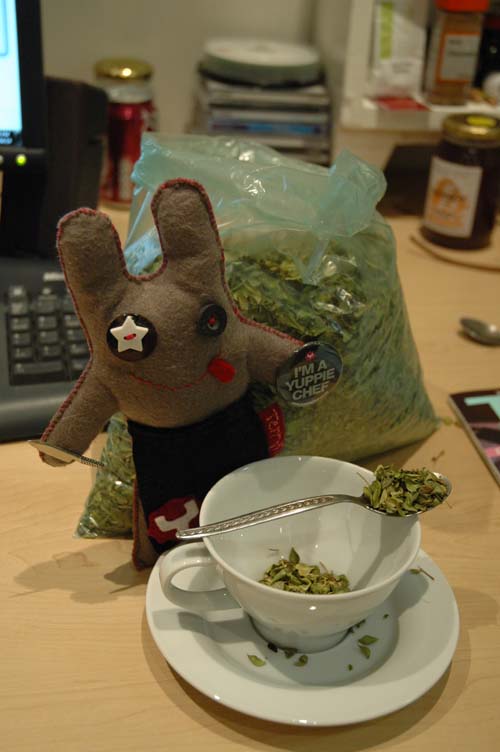 The goodness is in the leaves, which have a whole range of therapeutic properties. Colds and flu, stomach ache, rheumatism, heartburn, kidney infections and inflammation… If you are currently picturing yourself as a filthy-rich Buchu farmer, hold that thought. It’s a protected plant and can’t be grown or harvested without a license. What you can do (without a license) is buy it in supermarkets.

Many South African tea manufaturers are starting to make Buchu variants, like this one by Cape Moondance which you can get in Pick ‘n Pay, Checkers and Spa stores nationwide. If you’re a Capetonian, pay a visit to the Tea Emporium in Cavendish to taste their Wellness Energy Rooibos (with Buchu, pine-apple pieces and more).

It’s good stuff people, look out for it.