Breville, Oscar and Philips: we put three juicers to the test

You’re inspired to juice. Maybe it’s because it’s the only way you can get in all your greens. Or you like a little detox whenever the fancy strikes you, or maybe you just like to have a juice in the fridge that no-one else will touch because you’ve labelled it swamp juice (we do that too). There are many great reasons to juice, but before you can begin you must pick the machine best suited to your lifestyle and needs. So we had ourselves a little test, and the results are awesome. 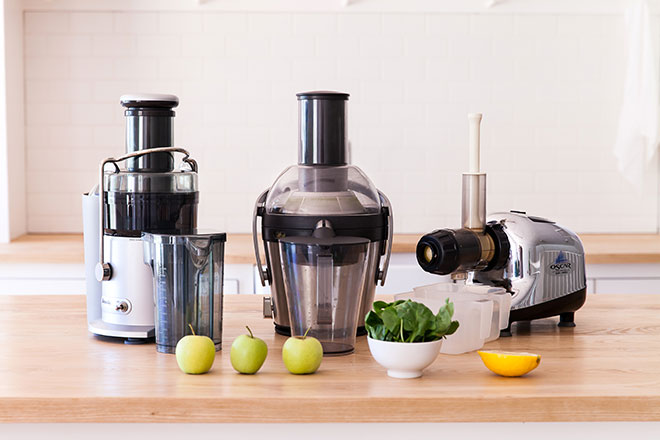 What did we want to test?

Putting three of our favourite juicers up against each other was a bit like making our children compete for our affections (or worse, their pocket money) but it had to be done. We chose the Philips Avance Electric Juicer, the Breville Juice and Blend and the Oscar Juicer DA900, mainly because they live in our kitchen and have been popular purchases in the past. Here’s what we were looking to test:

In order to put our three contenders up against the same challenge, we decided to put the exact same juice recipe through each juicer. This is what went in: 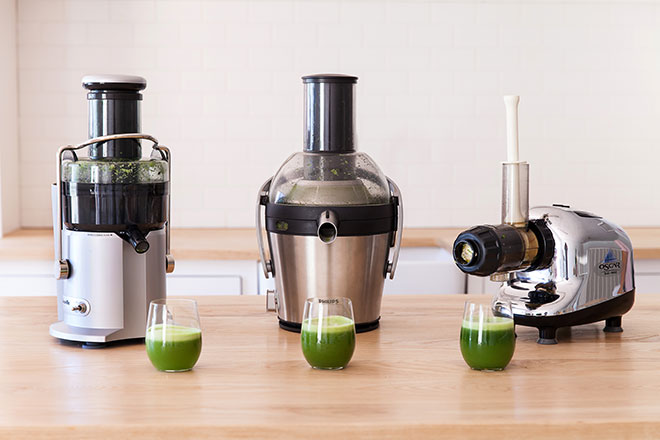 Here’s how the juicers performed and what our conclusions were on each.

Conclusion: The Breville is your juicer if you’re new to juicing, don’t have the palate for the earthiness yet and want juice on the go. It’s quick to make, yields a sweeter, smooth juice and doesn’t require much prep. It is a bit hefty to clean, so better suited to larger kitchens and sinks.

Conclusion: The Oscar is your juicer if you’re a serious health enthusiast. You have the time to dedicate to making your morning juice and you’ll do it patiently knowing that the quality of juice is worth it. The Oscar does have quite a few parts and pieces to clean and also requires a fair bit of storage space, preferably not in a high cupboard because it’s quite heavy.

Conclusion: The Phillips is the juicer for you if you want a quick and effortless juicing experience and enjoy the full spectrum of veggie flavours. The circular, stacking design makes it easy to assemble and clean and it’s suitable for smaller sinks too. 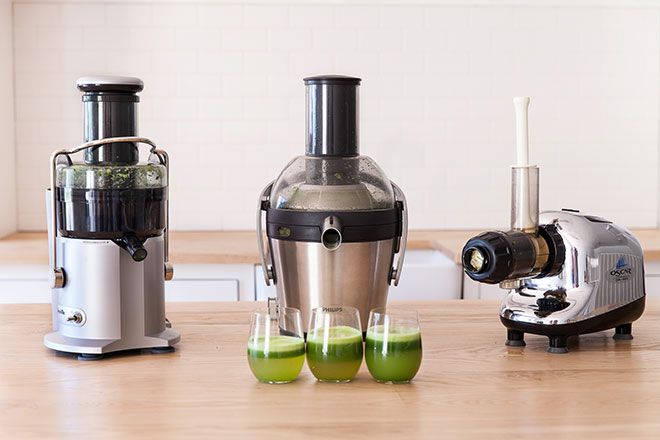 Depending on your lifestyle, time constraints and juicing preferences, we think this test should give you a little more insight into choosing the juicer that works best for you.