Yeah, yeah, I know. You’ve read a million articles on how to cook steak. But bear with me. I thought I’d take the invitation to write for (the awesome) Yuppiechef, to introduce you to a fairly unconventional way to do it. 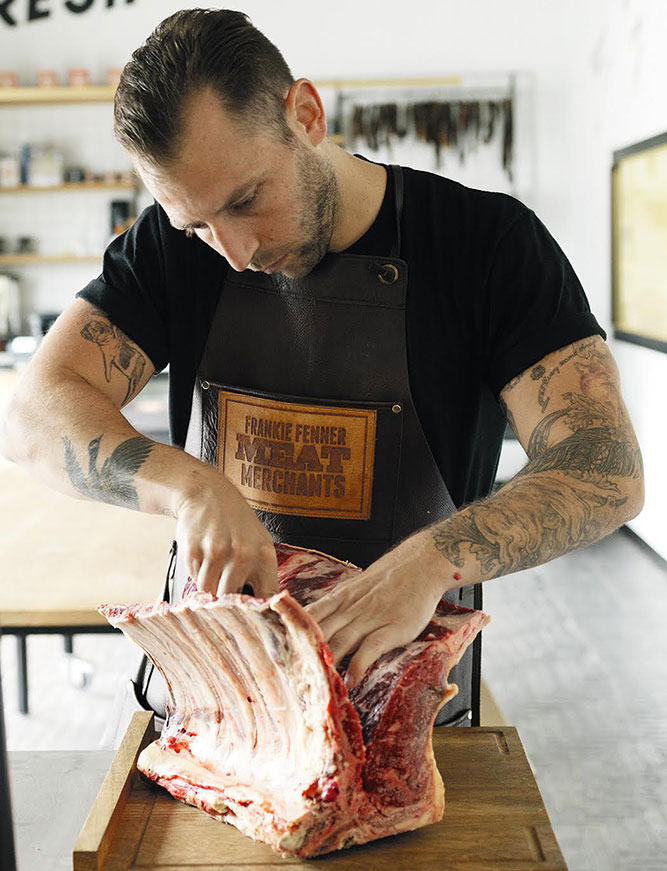 An obvious place to start, yes? But what does all the jargon and fancy words say about the beef? AAA grade? Premium? Super premium? What does it all mean? Well, it means nothing really. It’s marketing nonsense. Red meat is graded two ways in South Africa – by age and by fat content. That’s it. In other words, we have a meat classification system but no grading system. A Grade meat means an animal was a certain age when it was slaughtered. It has nothing to do with the quality of the meat. AB means the animal was slightly older, B means the animal was older still. And C Grade beef means the animal was even older. So, C Grade meat can often be better than A Grade. Misleading? You bet. Counter this by getting yourself to an actual butchery where you can have an actual conversation with an actual person.

So you’ve found your butcher. But now what? What do you ask for? I could go on and on about things like flatiron, flank, chuck eye, etc. (because they’re all awesome and totally underrated) but, for the point of this article, let’s keep it simple. Let’s go with a thick-cut, bone in ribeye. Why thick cut? It gives you the chance to get a crust on the exterior of the meat while still cooking the steak properly. Too thin? The meat will be overcooked by the time the crust develops.

This is not hype. Dry aged beef is superior. Through a carefully controlled process, which allows meat to age in a humidity-controlled cold room, enzymes react to break down carbohydrates, proteins and fats that occur in raw meat. These are converted into sugars and amino acids. Flavour is intensified and texture composition shifts as a result. That’s meat geek for “your steak will taste better”. Trust me. Keep a look out for yellow fat – that’s a good thing and an indication that the beef was grass-fed.

So you’ve sourced the best beef you can. Good on you. You’ve done more than most. But you still have to cook the thing. And here’s where you might need to forget a lot of what you’ve been told before. Tear up the South African Steak Textbook.

The first tip is to salt your steak way, way before you plan on cooking it. Salt draws moisture out of the meat, which then reacts with the salt to create a brine. That brine sinks back into the meat, as a kind of osmosis. You can salt your steak up to two days before cooking, depending on how radical you want to be with this experiment, but do not do it less than thirty minutes before. Skip the black pepper for now, as it can burn and taste acrid. Stick to salt and add coarse, cracked black pepper after cooking, or towards the end of the process.

The reverse sear is the next trick I’ve picked up recently and one that needs some time to get your head around. The theory behind switching this up (gentle heat first, high heat at the end) has to do with the fact that the amount of juices a steak loses depends on the internal temperature you cook it to. In other words, the temperature you cook the steak at to get it to that desired doneness makes no difference. Throw a raw steak on the grill (or in a pan), and the cold, moist meat takes a long time to heat up to the point where it can begin browning and crisping properly. By the time it’s well-seared, the outermost layers are already overcooked and you’ll struggle to cook the inside of the steak properly. Conversely, start a steak over gentle heat and you’re in control over the internal temperature of the meat. Cook it gently until you’re just about done and the exterior crust will start to develop naturally. You can then crank up the heat to really finish it nicely.

They’ll tell you to flip a steak only once or twice. They will also probably burn their steak. By leaving a piece of meat cooking for such a lengthy time, the exterior doesn’t have a chance. Turn your steak as often as you’d like.

Knowing when your meat is done:

Throw your ego on the fire, along with that piece of meat, and buy a meat thermometer. It is the ultimate way to cook meat accurately. Case closed. 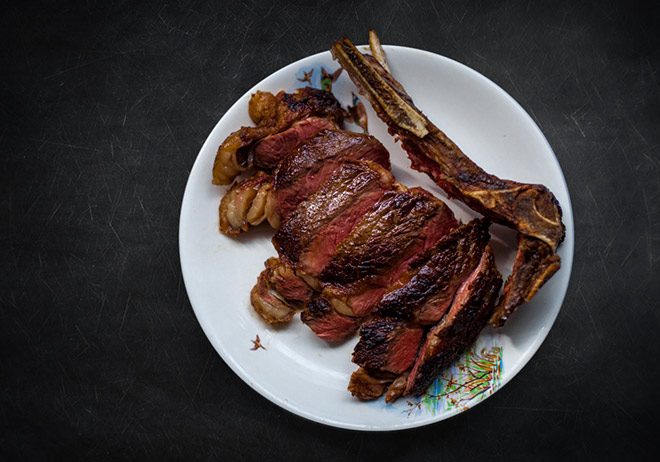 This one isn’t a myth. You need to rest your steak. This is necessary for the juices (that you’ve worked so hard to create) to increase in density as they cool slightly. Rest your meat. Please. Generally half the cooking time is an indicator.

What’s left after following all of these steps? Well, it should be close to the perfect steak. A crusty, charred exterior with delicious, evenly cooked internal meat. Juicy. Beefy. Seasoned. Pour a big glass of red, toast yourself and lean back. Job well done.

Buy your copy of Meat Manifesto by Andy Fenner here.

Andy Fenner is a former brand consultant, food critic and freelance writer. As owner of Frankie Fenner Meat Merchants, he is now dedicating his life to educating people about ethical meat consumption. As well as previously being voted one of South Africa’s Top 200 Young South Africans by Mail & Guardian, he has been a judge for Eat Out Magazine for two consecutive years, as well as representing the San Pellegrino top 50 Academy.