Imagine you’re a food stylist and you’re busy baking a cake during a photo shoot. You break an egg on the counter. Do you clean it up or does it add value to the shot? Welcome to the world of messy food styling, folks. 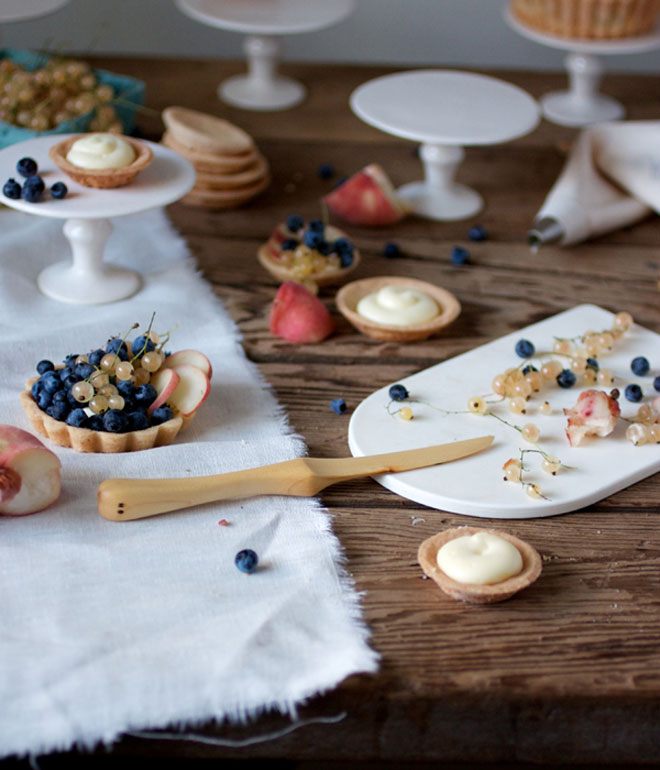 Messy food styling can be done to varying degrees. In many food magazines, both online or in print, you may well have noticed a touch of the haphazard, the casual sprinkle of ingredients across the counter photographed as though they found their way there by chance. This casual styling can form a deeper connection between the reader and the photograph – we can all relate to a bit of mess whilst cooking – and aside from making photographs easier to relate to, sometimes messy food styling can make them far more interesting too.

In fact a seemingly chaotic shot can transform into art more naturally than its neat and tidy counterpart. This style isn’t limited to process shots and it’s often applied to the final images too. There is technique in making something look undone yet still beautiful in it’s intention to be so.

One of our favourite examples was created during the shoot for this easy mince pie ice cream recipe by stylist Jules Mercer along with our in house photographer, Andrea van der Spuy. 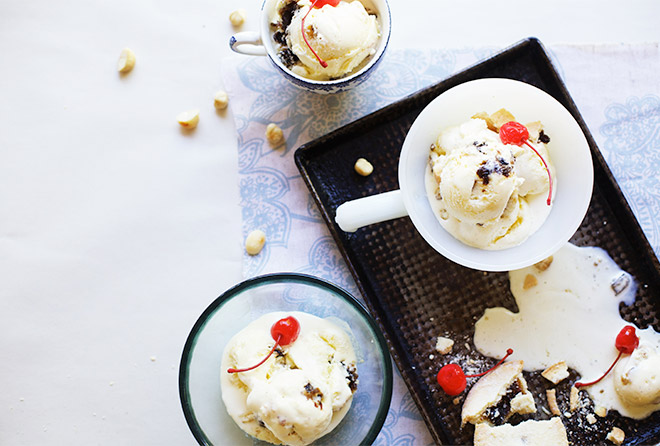 Stylists, food bloggers and writers who get this so right include Nikole Herriott of Herriott Grace. 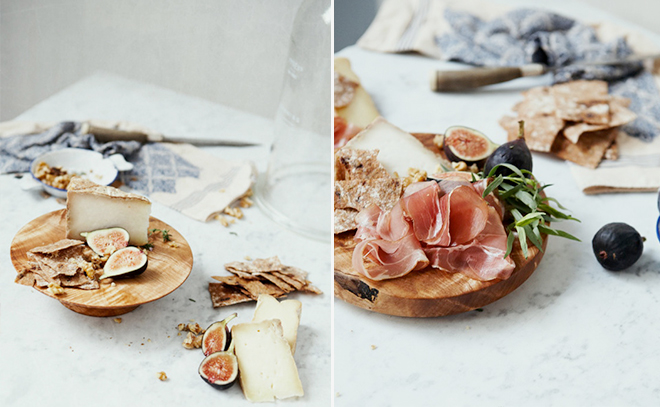 And of course, Katie Quinn Davies of What Katie Ate. 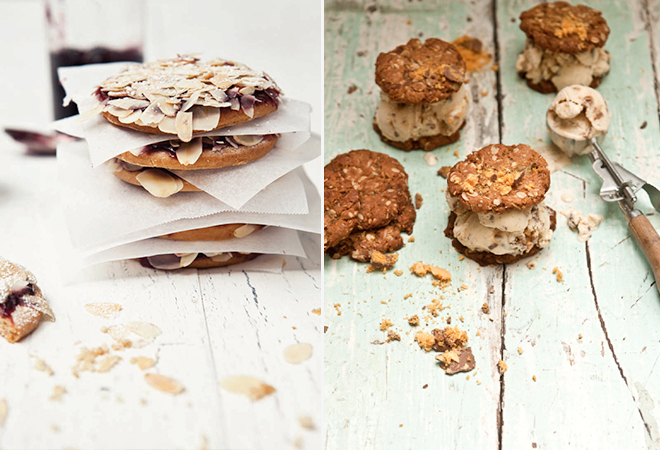 Messy styling reveals an honesty in food that is completely lacking in pictures on fast food signs. A spoon left in a chocolate fondant, breaking through the crisp surface to reveal the gooey insides – isn’t this much more appealing than a simple, untouched shot of the baked dessert, almost plastic in its perfection? Messy baking shots can also evoke fond memories of being given the bowl to lick clean by your grandmother as she makes her famous biscuits.

However, the very messy, haphazard look is not for everyone. Spills and crumbs in excess may look like art to some but to others, it’s something to be cleaned up. Examples of this include pieces by Naomi of Bakers Royale. 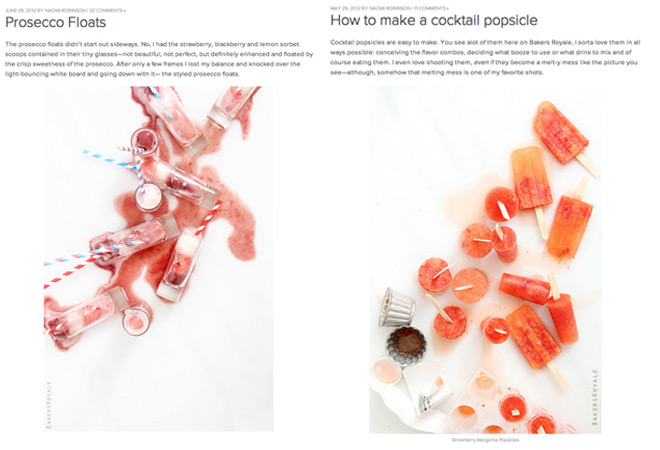 In the first image Naomi actually admitted to mistakenly knocking the drinks over. Result? An art piece that is pinned over and over again on pinterest. 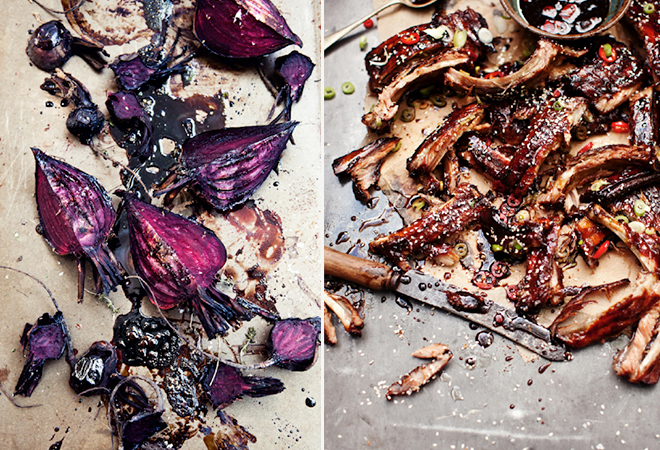 How to make messy look awesome

Be brave. This may seem intimidating but it’s one of those things where trying too hard just looks forced. 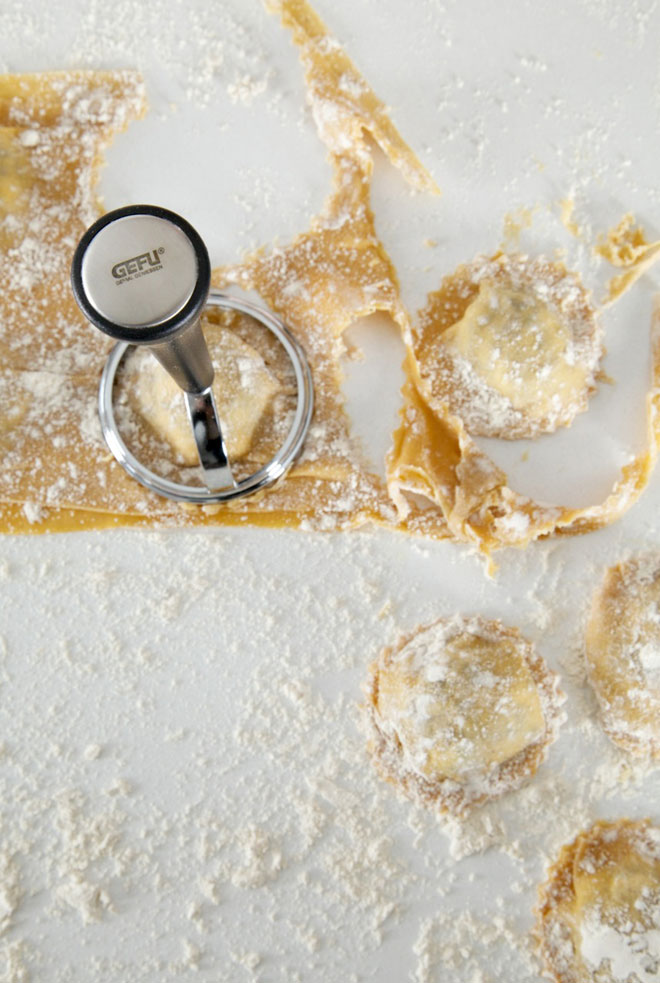 An easy way to practice the art of messy styling is to take shots of your process. This ravioli shot is a great example. As you become more confident you may want to try breaking elements in the the final shot and don’t be afraid to toss sugar or flour across your base or allow liquids to spill off spoons and out of cups. Loosen up and don’t play too much with perfect placement. Maybe having a food fight is an extreme method but it’s all trial and error with this one.

Stick with natural, window light to start and later, if you want to be really creative, go brighter or even light your final shot up from a different angle, like food stylist, Paul Lowe and photographer, Hector Sanchez did with this fantastic Sweet Paul Magazine salad shoot, from below and under glass.

Go forth and be messy.