The science behind pavlova

Few desserts are more decadent than pavlova, with its irresistible layers of meringue, cream and fruit. Anna Pavlova must have been honoured to have this delicious creation named after her. 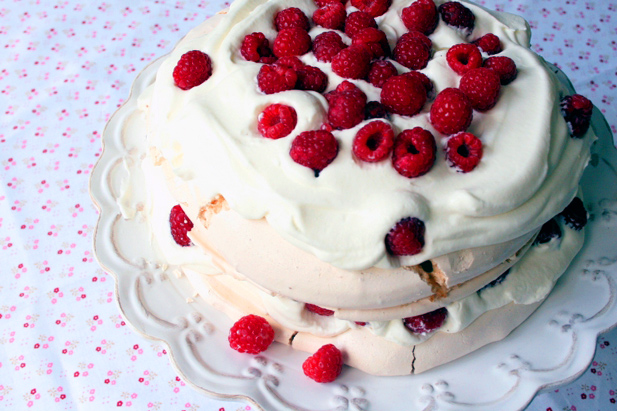 Pavlova is basically meringue, which is simply sugar combined with egg whites. And, as most of us have probably discovered, when it comes to meringue the possibilities for disaster are almost endless. I’ve done some research into making meringue and minimising the risk of meringue disasters. Who’s keen to make pavlova with me?

To start with, let’s establish a recipe. How much sugar and how much egg white do we need? According to most bakers, you’ll need 30-60g sugar per egg white (we are assuming large eggs). The less sugar, the softer the meringue. More sugar will make a harder meringue.

In this baking experiment, I used 50g of sugar per egg white to make a relatively hard meringue. I used castor sugar, since it makes a more stable meringue than granulated sugar, and I also added some cornflour for the same reason. 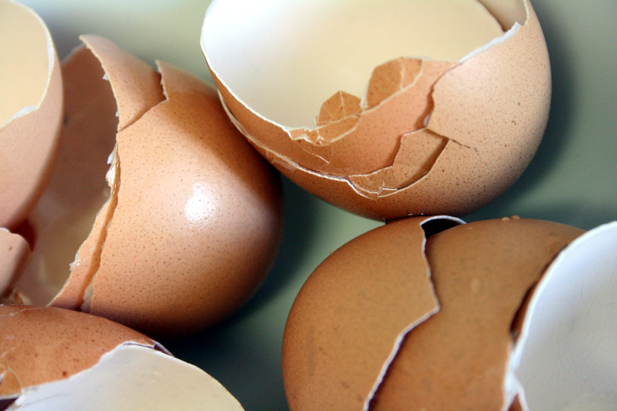 TIP: The ingredients can be doubled or tripled for two- or three-layer pavlovas.

When you’re making meringue, you have two main enemies: fat and moisture. You want to steer clear of both. If your egg whites contain fat there is a good chance they won’t stabilize at all.

Start by making sure your egg whites contain no traces of yolk, since the yolk is the part of the egg that holds the fat. Also make sure your bowl and beating utensils are completely grease free. One way to do this is to wipe the whisk and the bowl with lemon juice before beating (the acidic lemon juice has the added benefit of helping to stabilize the meringue). 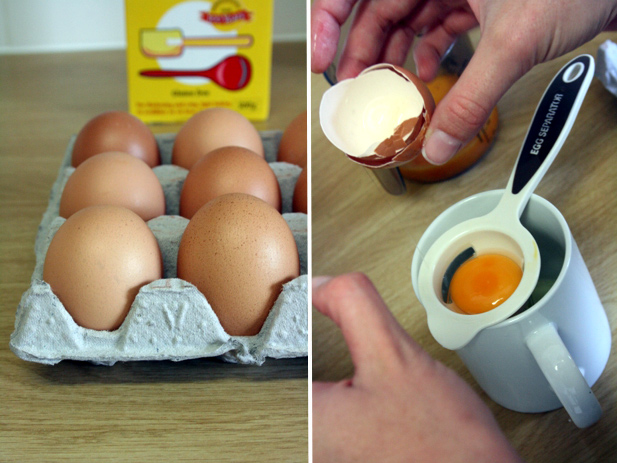 Here is the method I used for making my pavlova:

1. Preheat the oven to 150°C.
2. Whisk the egg whites until stiff peaks form.
3. Slowly add the castor sugar, one tablespoon at a time, whisking well until the mixture is stiff and glossy. 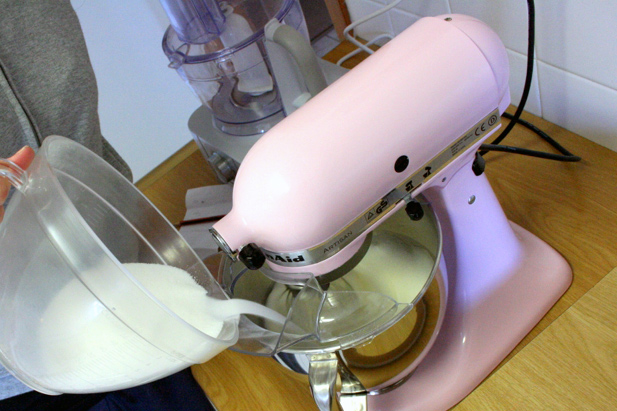 4. Add the cornflour and whisk until it has just combined.
5. Spoon the mixture onto a Silpat baking mat in the shape of a circle with a 20cm radius. You can use a baking tray lined with baking paper if you don’t yet have a Silpat. 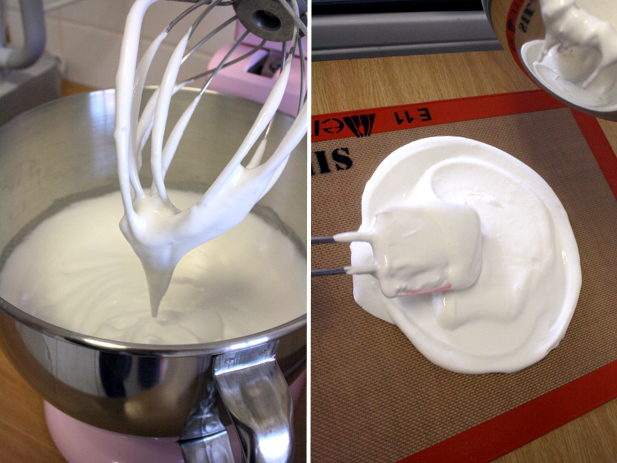 TIP: Don’t make the same mistake I made and make the centre of the circle higher than the sides. Rather, try and get the centre slightly hollow and the sides a bit higher, like a shallow bowl.

TIP: This change in temperature will cause the outside shell of the pavlova to harden early on, but leave the inside soft (which is also why it will crack). If you prefer your pavlova the same texture inside and out, keep the temperature at 120°C from the beginning and bake it for slightly longer.

7. Turn the oven off and allow the pavlova to cool inside the oven (for at least an hour or two). This ensures that no moisture is absorbed into the meringue. Moisture is our enemy, remember?

And that’s it! Now you can fill your pavlova with whipped cream, fruit and syrup, and invite your friends over for dessert (download a printable version of this recipe). 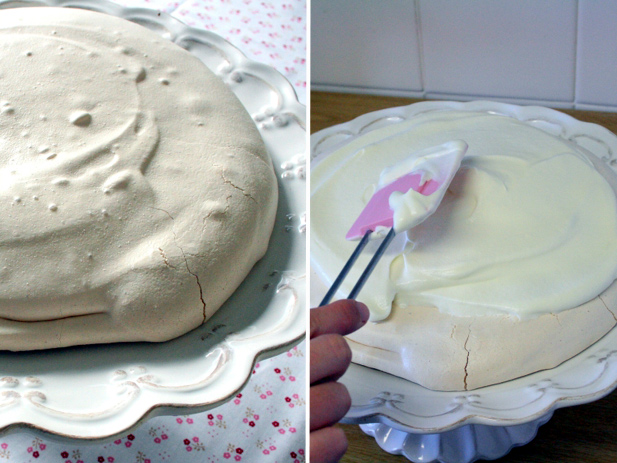 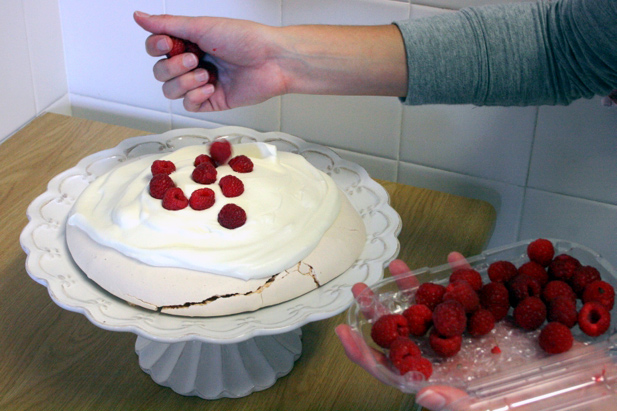