Mince pies have a long-standing festive reputation but here in Mzanzi, we’re often after something a little more refreshing. For a cooler take on this Christmas classic, try this dreamy mince pie ice cream and, if you’re thinking that ice cream takes an age to make, think again. With the Magimix Le Glacier Turbine Ice Cream Maker, this one’s ready in 30 minutes. Woopah. 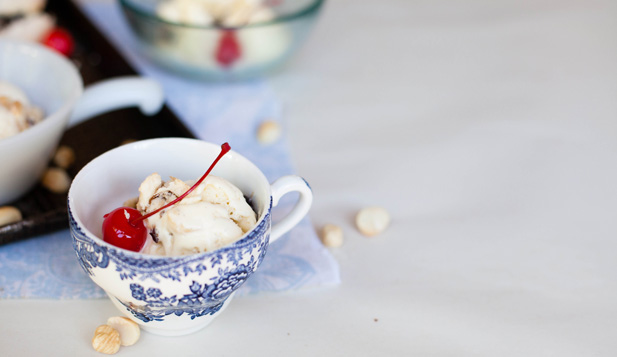 Did you know that in medieval times, mince pies actually contained mince meat and mutton? Not so tasty. The modern mince pie is made of fruit mince and spice, so thank goodness for that. 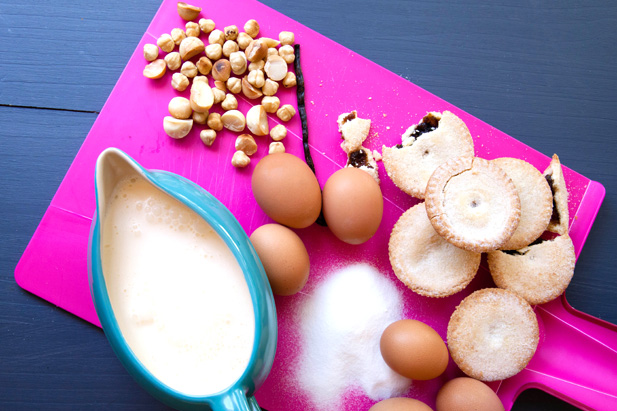 1. Preheat the oven to 180ºC. Place the chopped hazelnuts on a baking tray and bake for 5 minutes until just turning golden brown. Remove and allow to cool.
2. Scrape out the seeds from the vanilla pod and place in a saucepan with the milk and cream. Heat until the liquid is just about to boil – don’t let it boil as this will burn the milk.
3. Place the egg yolks and sugar into the bowl of your stand mixer. Blend until mixed through and the egg yolks are a pale golden colour – the beater should leave a ribbon trail in the mixture.
4. Turn your mixer onto a low speed and slowly pour in the hot milk and cream mixture. Mix until blended well. Pour this mixture back into the pot and heat for a few minutes.
5. Pour the custard into a large bowl and cover with cling film to prevent a skin forming. Allow to cool completely.
6. Now turn on the freezer part of the ice cream machine. Pour your mixture into the ice cream machine.

Note: If you don’t have an ice cream maker, chill your ice cream mixture in the fridge for an hour or so. Place in a freeze-able container in the freezer. After half an hour, check it and stir it vigorously (this is to prevent hard ice crystals from forming). Repeat this process three times or until your ice cream is smooth. 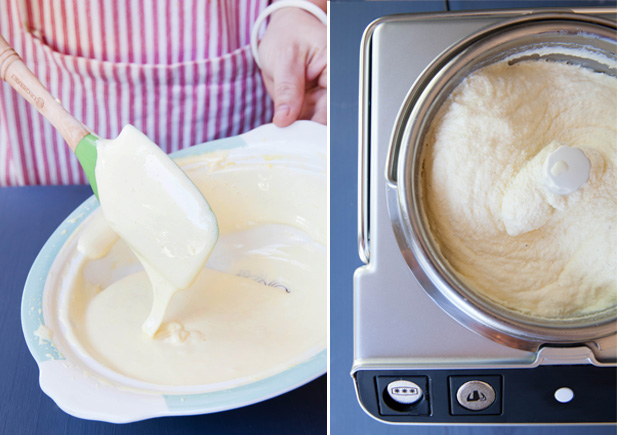 8. Scoop out the delicious ice cream into a large bowl.
9. Smash up your mince pies and stir them into your ice cream along with the chopped hazelnuts. 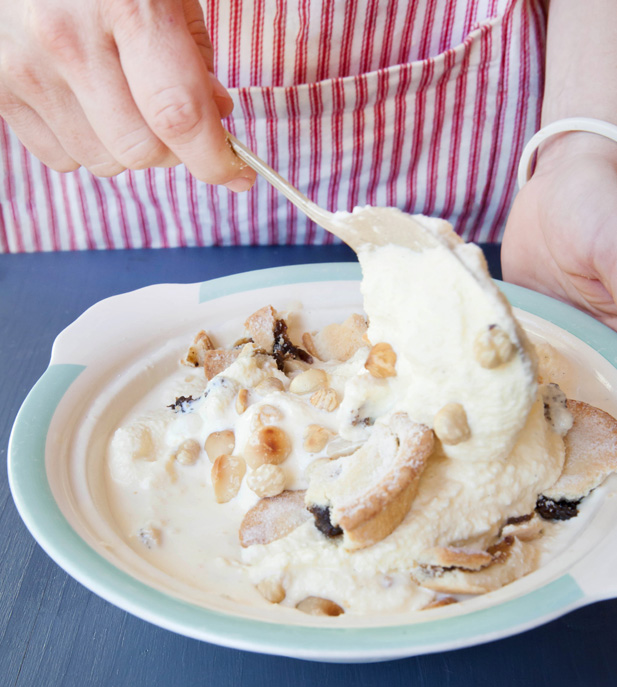 10. Spoon this mixture into a freezer-friendly container and leave in the freezer until ready to serve. 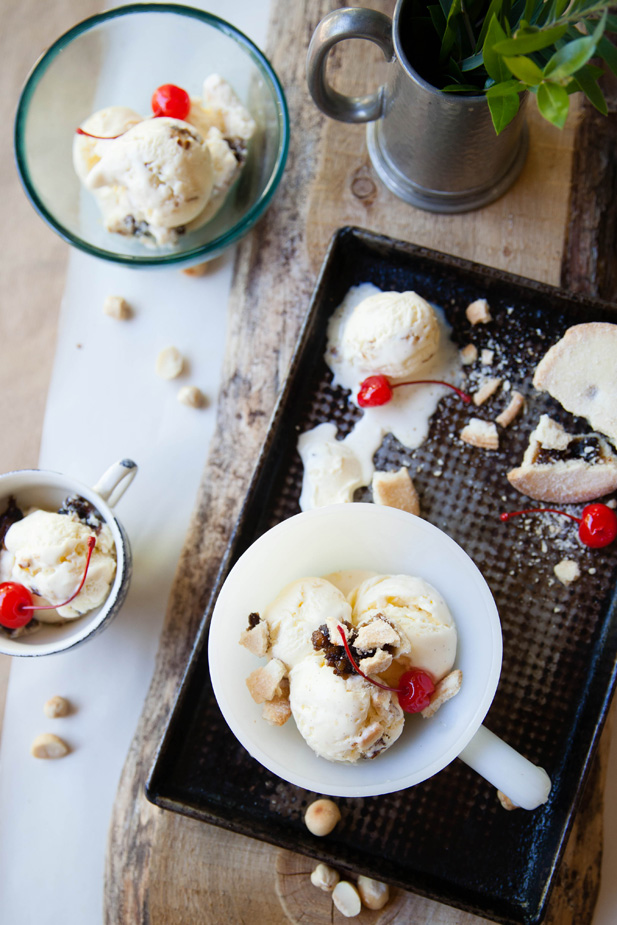 With thanks to Jules Mercer for her beautiful food styling.